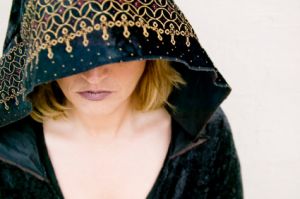 If God's "grace" covers atheists as Pope Francis I recently declared it covers Wiccans and members of other earth-based religions too, a Christian pastor has said. The Rev. Dr. Sarah Halverson, of Fairview Community Church in Costa Mesa, California, made the suggestion in a written response to a neighbor who complained about the church's decision to host an interfaith dialogue between Christians and Wiccans. It is this kind of courageous defense of traditionally persecuted religious groups that the ULC Monastery supports.

That Fairview should be the brunt of a politely disapproving backlash is perhaps unsurprising. The church is located in notoriously conservative Orange County, home base of the evangelical Trinity Broadcasting Network. As Dakota O'Leary of God Discussion notes, hundreds of years of misinformation about Wicca have prevented open and honest debate between pagans and Christians, but Rev. Halverson wanted to change this, so she decided to hold an interfaith discussion at her church to help her congregation learn more about pagan and Wiccan customs and beliefs. It was not long before a "concerned" citizen took to the local daily paper to express his dismay over the idea of pagans entering a Christian house of worship, let alone entering heaven, prompting Halverson to publish her own written response.

Citing the pope's own surprisingly open-minded stance on the spiritual fate of atheists, Halverson disputed her neighbor's assumptions about grace and redemption, suggesting there is a place in paradise for pagans, too. "[W]hile we may seem incredibly radical to you, we're actually in line with a major Christian denomination: the Roman Catholic Church," she writes, pointing out that "Pope Francis just reminded us that Jesus challenged the disciples' intolerance of those who were different" and proclaimed atheists can go to heaven for being good people. Hence, she claims, "even the pope knows that God loves us and redeems us all. Therefore, the most important path is the path of righteousness: doing good deeds, caring for the poor, seeking justice and living peace". It is a familiar message to the Universal Life Church, which teaches members to "do that which is right".

In addition to arguing for the redemption of pagans, Halverson endorsed intellectual curiosity and love of knowledge as godly, Christian virtues, and not 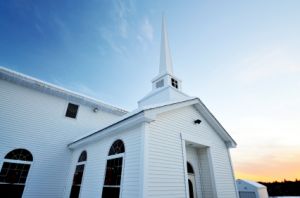 temptations that lead one astray. Defending the need to expose ourselves to different ideas and beliefs, she explained that "we believe that there is power in knowledge. We believe that our faith cannot be destroyed by learning about the faith of another. And ultimately, we believe that God and Jesus call us to be open, loving and tolerant (if not affirming!)". Those who decide to become ordained in an interfaith church can relate to this message, too.

We laud Halverson's actions, for they reflect our own values of solidarity, openness, tolerance, and peace building. It is unfortunate that in this day and age there should still be busy bodies lurking about in the background ready to defend their turf against some "Satan-worshipping, baby-sacrificing" outsider (pagans do not sacrifice babies, nor is Satan a part of their belief system), but it is equally refreshing to find members of a dominant faith, such as Christianity, look at themselves, challenge their own privilege, and welcome members of minority faith groups with open arms. If anybody truly lived the ULC's motto, it is the Rev. Halverson.