Rape is a great teaching tool. Women have too much power and autonomy in our culture. Women are valued insofar as they are beautiful and subservient to men.

These are the views of a group calling itself the Return of Kings. They are holding events where members can meet similarly fragile men in cities across the globe on February 6th, 2016 according to Daryush Valizadeh, the leader of the "neo-masculinist" movement online.

According to Valizadeh, "neomasculinity combines traditional beliefs, masculinity, and animal biology into one ideological system. It aims to aid men living in Westernized nations that lack qualities such as classical virtue, masculinity in males, femininity in females, and objectivity, especially concerning beauty ideals and human behavior."

He has garnered a bit of a following online; the Facebook page for Return of the Kings has been liked more than 12,500 times. Over the weekend, these sexist blokes will emerge from the cocoon of their web support group and spread their wings in public. Valizadeh has organized meetings at 44 different locations. He himself will attempt to attend one in Sydney, Australia, though he has not been granted a visa and the government is not exactly keen on the idea of these meetings, given that the group made headlines for their overwhelming call: make rape legal.

One year prior to the world wide meet up, Valizadeh published a blog about rape culture. In his eyes, the biggest concern when it comes to rape is that men get in trouble for it.

"I saw women wholly unconcerned with their own safety and the character of men they developed intimate relationships with. I saw women who voluntarily numbed themselves with alcohol and other drugs in social settings before letting the direction of the night's wind determine who they would follow into a private room. I saw women who, once feeling awkward, sad, or guilty for a sexual encounter they didn't fully remember, call upon an authority figure to resolve the problem by locking up her previous night's lover in prison or ejecting him from school."

He starts off with a fair-enough concern (that people get intoxicated and make choices they would later regret), but then runs with it right off the proverbial cliff. Instead of doing something about the drinking and drug use, he offers his solution that women should learn their lesson by making it legal for men to rape them on private property.

Valizadeh has admitted that he has committed rape while visiting abroad. He boasts in his writings of committing acts that, had they been done in the United States, would be legally considered rape. It's no wonder he blames women for being raped rather than the rapist, as that would entail acknowledgement of his own wrongs. 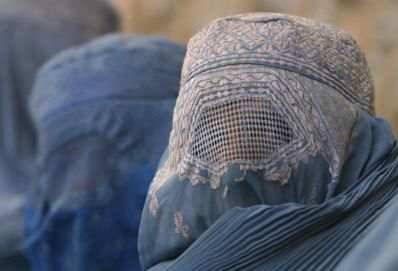 The misogyny expressed by Return of Kings members are similar to tenets of several faiths, though not often practiced today with nearly as much vigor. Verses in the Quran speak of women having lesser value [4:11], the right of men to have several wives [4:3], and the permission of men to have women as sex slaves [4:24]. The Bible has verses that call for the murder of non-virgin women [Leviticus 21:9], consider the offering by a man to let a mob rape his daughter to be a righteous action [Judges 19:24-25], a calling for women to be silent and never be in a position of authority [I Timothy 2:11-14], and even blaming women for the fact that all humans eventually die [Ecclesiastes 25:22].

There are of course Christians and Muslims that advocate for gender equality, and we certainly don't see religious bodies calling for the decriminalization of rape, but in many churches, temples, and mosques, the views of women are less than egalitarian. Believing the scriptures listed above at the very least affects the way that one views gender, even if those views are still far from those of Return of Kings.

As readers, we get riled up about Valizadeh and his neo-masculinist groups meeting in public. Yet groups with sexist religious beliefs meet every week and we say nothing and don't even give it a second thought. We have to look at our inconsistencies critically.

On February 4th, a mere 2 days before the event, the official public meet ups were cancelled. There has been great outrage from not only the public, but from politicians as well, including the mayor of Ottawa who labeled members of the group as misogynistic "garbage".

Valizadeh claims the cancellations were out of concern for safety and privacy. "I can no longer guarantee the safety or privacy of the men who want to attend on February 6, especially since most of the meetups cannot be made private in time. While I can't stop men who want to continue meeting in private groups, there will be no official Return of Kings meetups."

Yes, these masculine, sturdy, traditional men are crying about the possibility of ridicule and violence. If he is worried that his stupid choices will lead to his physical harm, then he should take his own advice and make assaulting Return of Kings members legal on private property. Clearly, that will prevent the assaults from ever happening. Oh the irony!

This could very well be nothing more than a diversion attempt to quell public concern and attention regarding the meetups. His wording about not being able to "stop men who want to continue meeting in private groups" seems to suggest that members are still encouraged to move forward, just not in the eye of the public.

The group's online forum was closed to the public at around the same time as the announcement. Members could easily decide to organize themselves and hold meetings in person. This of course begs the question: What do a group of straight, sexist, pro-rape men do when they get together?