The Meaning of Color

The power of color to influence our behaviors and attitudes has been established by science and magnified by literature. Color plays a tremendous role in all of our lives, and has, since ancient times, been used as a way of communicating to the world around us. In particular, the color of clothing has long been an important way of conveying special messages. To celebrate the release of our new, custom-made ULC stoles (emblazoned with the ULC crest and the symbols for Alpha and Omega, the beginning and end) we wanted to explore some popular colors and what they evoke.

We Communicate Through Color

Of course, everyone is welcome to determine and define the meaning of these colors for themselves, but over the years certain colors have certainly become associated with certain messages in and of themselves.

You may be wondering what color best suits you, or what message you might be sending by wearing certain colors. Below, we analyze several popular shades and try to give them some historical context so you can determine which one is best suited for you. 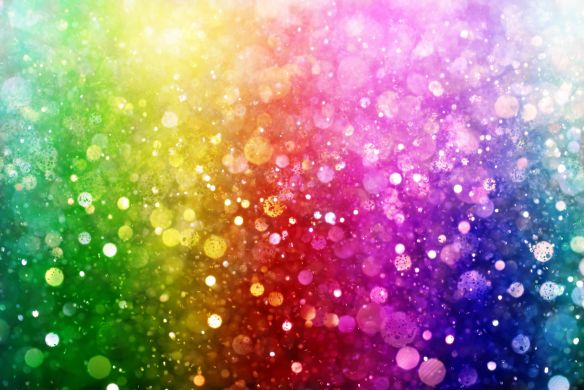 The symbolism of blue, white, cream, red, green, and purple may serve to evoke a certain emotion, highlight the mood of a specific liturgical season, or simply denote a special occasion.

In Catholic and Protestant traditions, green has become a sort of default color for Sunday services during which no special ceremony is taking place and there is no holiday being observed. If you preach regularly to a congregation green would be an appropriate, albeit expected, choice.

Pagans and Wiccans have traditionally worn green to symbolize a close connection to the earth. You might don green garments when performing rites with herbs, are focusing on nature and healing, or if you are interested in deepening your connection with Gaia.

Green is a fresh color, and (being in the center of the color spectrum) can create feelings of balance and harmony. It's also a color associated strongly with rebirth and renewal, so if you're looking for a bit of seasonal variety green might be the most appropriate choice to don as Winter thaws and Spring warms blossoms back to life.

In ancient times, purple was a color of nobility. As early as 1500 BC, royal and wealthy individuals regularly donned purple throughout the Mediterreanean region. Purple was particularly valued by these individuals because of its rarity - the dye used to create it was painstakingly extracted from Murexes (or, rock snails). If you are speaking on the submission of time and energy to a higher power, purple might be especially appropriate.

Within the Christian tradition, purple is the color of Advent, which is a set of weeks before Christmas where each week celebrates an aspect of the coming of Christ. Purple, white and pink candles are lit and a purple stole is worn by the minister. Purple is also sometimes worn for funerals over a black cassock instead of the usual white robe. Its darker hue signifies a state of mourning.

In Wicca, purple signifies the spirit. It would be worn when a priest or priestess is examining their connection to the God and Goddess.

Purple and its tones have long been connected with spirituality, and given their short wavelength are associated strongly with meditation and introspection. Setting aside old stigmas of nobility, you might find it helpful to don purple in times of self-exploration.

Blue is not actually a common liturgical color in Christianity. It can symbolize the divine law and is very common in the Jewish faith. It was also a color worn by the lower class in Biblical times so it would be appropriate to wear while speaking on humility and servitude. One might note that while Jesus is most commonly depicted wearing white, several artists have clothed him in shades of blue (which may be more historically accurate).

Blue also isn't terribly common in Wicca. It can symbolize peace and tranquility, like a still water or a clear sky. Seasonally, blue might best capture Summertime.

Survey after survey has indicated that blue is the world's favorite color. Take an informal sampling of the room you're in right now and we're sure you'll find that blue is the most commonly beloved shade. Blue is seen as a highly intellectual and communicative color, In addition to its calming effects and association with peace. In times of stress or turmoil, you might be wise to turn to blue.

In many cultures and faiths, white symbolizes purity and rebirth.This means that white garments are perfect for baptisms. It captures the blank slate where the old life has been washed away and the believer is a blank canvas to begin his or her spiritual journey.

White, for the same reasons, is also used frequently for weddings. The couple is coming together to create a new entity for the first time. Some weddings prefer a richer color scheme such as including a cream color rather than bright white. The white and cream colored stoles can be used interchangeably depending on your preferences.

White is a tremendously powerful and moving shade. While it can communicate messages of purity and cleanliness, be warned that it can also (particularly if used in excess) overwhelm and send a sometimes harsh sense of sterility.

The color of fire and blood, red is associated with passion and trials. For Christians, it is worn on Palm Sunday and Good Friday, both central to the sacrifice and endurance of Jesus. Consequently, red is worn during confirmation of new believers into a religious body. You could also wear it when speaking on martyrs or a divine spirit.

Red is a strong color, one commonly tied to strength, physicality, and courage. In scientific studies, red has been proven to elevate the pulse of humans ... a response likely descended from the fight-or-flight mechanism we would have evolved to activate at the sight of blood.

Above all else, red is a stimulating and exciting color. Wearing red would be a smart choice when your intent is to evoke passion and activity in those around you.

Colors can have tremendous effects over us, but perhaps the most surprising thing you'll learn as you begin to study their power is not the certain emotions that particular shades evoke... but that colors can move us in such significant ways. For example, in the 80s, a jail dealing with frequent bouts of violence experimented by painting its walls in a particular pinkish hue (Baker-Miller Pink, or "Drunk Tank Pink") and reportedly saw a total and immediate end to violence outbursts.

As humans, we are visual creatures; despite the intellectual heights we've reached, we are still largely products of our environments. Color, while seemingly superficial, should be a facet considered as you consider what to wear, what colors to paint your room, or even what products to purchase.

If you're interested in additional information about colors and their power, you might enjoy Color Medicine by Charles Klotsche.

Particularly as a minister, you should consider colors as just another tool in your toolbelt that you can use to communicate your message to others. Regardless of your preconceived beliefs, you can take inspiration from the traditions we have mentioned here, or blaze a new trail as you color-plan for your own future.

What is your favorite color? And what does it mean for you?