Texas Wrangles Over Evolution and Creationism 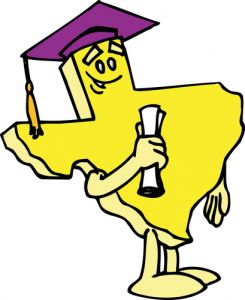 For several years, the U.S. state of Texas has been embroiled in a struggle between teaching evolution and creationism in public schools. Now, with new standards adopted by the Texas State Board of Education (SBOE), it appears the state may be opening the door to creationist instruction in schools, under the guise of encouraging students to "think critically".

Noah's Ark in the Classroom

Perhaps the most controversial component of the SBOE attempt at science education reform involves a review of current textbooks. At a recent board hearing on the new instructional materials, former board member Dan McLeroy praised the proposed new textbooks, which would include creationist theories of the origin of life. "Evolutionists argue that creationists want to force their religious views into the text, but just the teaching of biology accomplishes that," he said, implying that biology does not already favor well-established evolutionary explanations. "Support the Bible, adopt these books", he implored the other board members.

For science education advocates, most of the panel members were highly suspect and hardly qualified to perform their task. Jimmy Gollihar, a doctoral student and research scientist at UT-Austin, was one of a handful of scientists to participate in the review. About the review process, he said, "the net result of having a huge raft of non-scientists on the panels was that rather than checking for factual errors in the texts I was put into the position of having to painstakingly educate other panel members on past and current literature".

Encouraging children to think for themselves is exactly what we are doing by reserving public schools for science instruction and churches for religious instruction. Unfortunately, the Texas SBOE does not see how church-state separation achieves this.