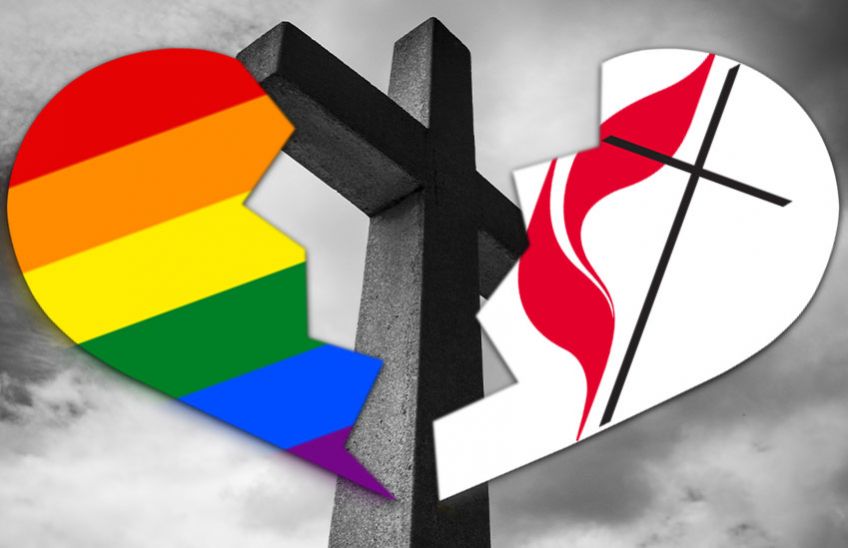 Apparently, being gay is not really OK. That’s according to one popular Methodist church in Texas, anyway.

Grace Fellowship UMC, with a congregation 2,800 members strong, has voted overwhelmingly to leave the United Methodist Church altogether over the mainline church’s ongoing debate over homosexuality.

Earlier this year, the United Methodist Church, second-largest Protestant denomination in the U.S., nearly came to schism over their official stance on LGBT issues. The heated debate over whether to remove the church’s longstanding anti-LGBT beliefs ultimately ended in favor of maintaining the discriminatory status quo, and church rules were rewritten to say homosexuality is “incompatible with Christian teaching” and to reaffirm that LGBT people cannot get married in the church or serve as ministers.

The church decided to adopt these blanket rules rather than allowing individual churches to decide their own position on homosexuality.

That decision left many churches and congregations quite upset. With the debate still raging in Methodist circles, the congregation voted to leave the Methodist Church entirely.

While a number of UMC churches are taking steps towards leaving the UMC for their anti-LGBT stance, Grace Fellowship is doing so for the exact opposite reason. Founding pastor Jim Leggett told the Christian Post that “in the last year, it has become clear to us that despite having biblical standards of morality on paper in the denomination’s Book of Discipline, the leadership of the United Methodist Church is unable or unwilling to live by those standards.”

Leggett also mentioned that his senior leadership team was spending upwards of 30% of meeting time “discussing the issues of the UMC” - presumably the debate over LGBT acceptance - and that he realized that “this was not good stewardship of our time and resources for the Kingdom of God.”

The church intends to join the Free Methodist Church, a much smaller and much more conservative denomination that defines marriage as exclusively between a man and a woman.

The Debate Must Go On

Even though the question of whether or not the church should accept LGBT was settled in February, the embers of the debate still continue to burn - and brightly, at that. The church came perilously close to schism in 2019. And the church’s 2020 General Conference, to be held in May, still might result in the breakup of a church with 12 million members worldwide, including prominent membership in Africa and Asia.

The issue is so contentious that some are predicting the church will split into three new denominations - one for centrists, one for pro-LGBT liberals, and one for anti-LGBT conservatives. There are many who think a split is the only way to resolve an issue that has been dividing the church for over 40 years.

But the UMC is hardly the first church to grapple with issues of LGBT acceptance. It’s simply the church that is having the most visible debate on the issue. And it is very likely not the last denomination that will come close to a split between those accepting of gay marriage and those in opposition.

What do you think? As LGBT people continue to gain mainstream acceptance and recognition, is it inevitable that denominations will split up along the lines of acceptance? And should churches embrace the changing tides of LGBT acceptance?

What do LGBT rights mean for the future of faith?