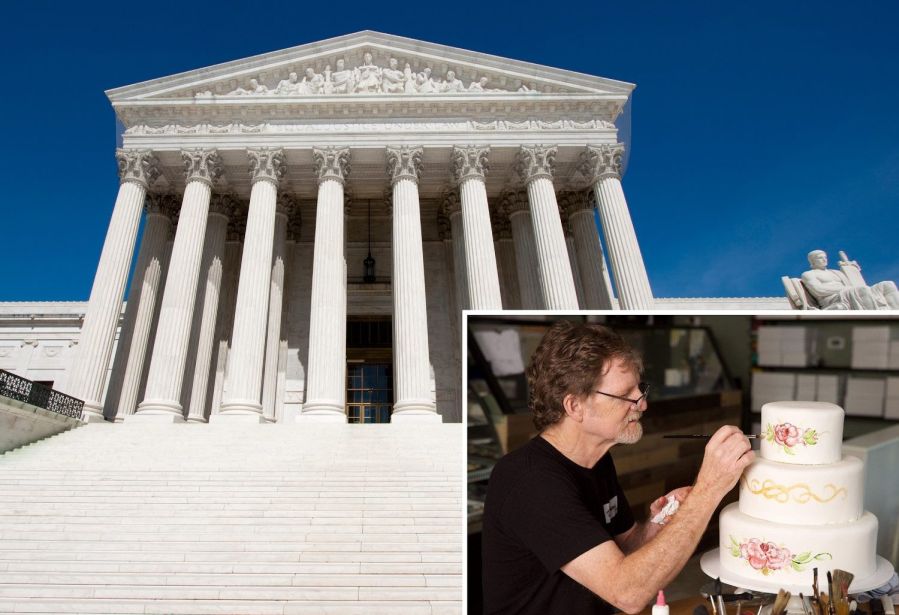 The ruling is in. This morning, the Supreme Court announced a highly-anticipated decision on the case of Colorado baker Jack Phillips, who was thrust into the spotlight back in 2012 after he refused to bake a cake for a same-sex couple's wedding.

Phillips insisted that his Christian beliefs make it impossible to provide service to gay couples without violating his conscience. In a surprise decision, the Court ruled 7-2 in favor of Phillips.

What the Court Said

At first glance, this would seem a triumphant victory for religious freedom advocates and pro-Christian groups. However, upon closer inspection, the Supreme Court appears to have tip-toed around the central question of whether or not the religious beliefs of business owners allow them to discriminate against certain customers.

The ruling explains that the Court chose to side with Phillips because there was clear evidence that the Colorado Civil Rights Commission (the body which initially ruled against him) was biased against the baker based on his Christian beliefs NOT because the law gives religious people the right to discriminate against others.

In fact, in its decision, the Court made sure to acknowledge the rights of LGBT customers. "Our society has come to the recognition that gay persons and gay couples cannot be treated as social outcasts or as inferior in dignity and worth," wrote Justice Anthony Kennedy.

However, Kennedy also gave a nod to the other side, writing: "At the same time, the religious and philosophical objections to gay marriage are protected views and in some instances protected forms of expression."

Despite all the hype surrounding this ruling, the dust quickly settled and it became obvious that the Court essentially just kicked the "religious discrimination" can down the road a bit. The justices didn't give Christians business owners carte blanche to discriminate against LGBT customers, as some early headlines reported. Instead of tackling it head-on, they chose to issue a narrow ruling and let the central issue be revisited in a future case.

Jack Phillips took a stand against same-sex weddings by refusing to bake a cake. As he previously explained to reporters: "I didn't want to use my artistic talents to create something that went against my Christian faith."

But to the surprise of many, that point the crux of the dispute, really wasn't explored by the Court. Perhaps the justices are simply hesitant to set a precedent on such a controversial issue. In their cautious approach, however, they left some thorny questions unanswered.

Do Christians have the right to refuse services for same-sex weddings?

What if the baker was Muslim and the couple asked for a cake with bacon on it - would that person have legal grounds to refuse service?

Similar scenarios could easily be thought up, and may indeed arise at some point in the future. How they will be handled is now anyone's guess.

Does a Business Have the Right to Say "No"?

Ultimately, although Phillips and his legal team walked away happy today, the ruling itself was quite limited in scope. After all the waiting, religious freedom groups did not receive the sweeping decision they were hoping for. For LGBT-rights groups, a minor skirmish was lost but the war will continue on.