The Satanic Temple is filing a lawsuit against the state of Missouri, alleging that the state's anti-abortion laws violate their religious beliefs.

The conflict began when a Missouri resident and Satanic Temple member (referred to in the lawsuit as "Mary Doe") went to a Planned Parenthood clinic planning to get an abortion. Instead, she was given an anti-abortion information pamphlet as part of the requirements under the "informed consent" laws on the books in Missouri.

The pamphlet explained that "life begins at conception", and that fetuses are "able to feel pain" during the abortion process controversial claims that were laid out as scientific facts. After being given the pamphlet, Mary Doe was made to wait 72-hours before her request for abortion would be granted.

The Satanic Temple claims these requirements go against their religion beliefs, and filed suit on Mary Doe's behalf.

Taking it to Court

The lawsuit argues that not only do the mandatory abortion pamphlets make dubious scientific claims, but that the entire process required to get an abortion violates fundamental principles of freedom of religion. By endorsing a "religious anti-abortion stance", the government is clearly favoring one side, the group insists.

Furthermore, they say, by spreading misinformation and forcing Mary Doe to jump through hoops to get an abortion, the state of Missouri violated two core tenets of the Satanic faith: "One's body is inviolable, subject to one's own will alone," and "Beliefs should conform to our best scientific understanding of the world. We should take care never to distort scientific facts to fit our beliefs." 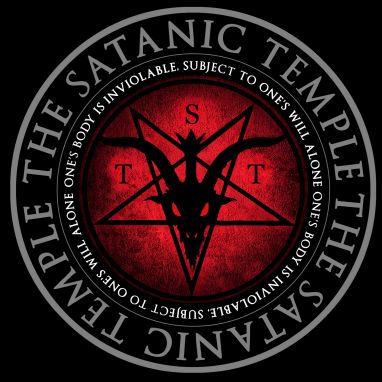 What is the Satanic Temple?

The Satanic Temple was founded in the mid-2000s to counter what the founders identified as a growing Christian influence in the U.S. under the Bush administration. They currently have about 20 chapters across the United States. From the group's website:

"The mission of The Satanic Temple is to encourage benevolence and empathy among all people, reject tyrannical authority, advocate practical common sense and justice, and be directed by the human conscience to undertake noble pursuits guided by the individual will."

Quite politically active, the group has "advocated on behalf of children in public school to abolish corporal punishment, applied for equal representation where religious monuments are placed on public property, provided religious exemption and legal protection against laws that unscientifically restrict women's reproductive autonomy", among numerous other activities.

Do They Have a Chance to Win?

Missouri has some of the strictest anti-abortion laws in the country, and the group is dead-set on challenging them. That being said, it looks to be an uphill battle. The Satanic Temple is a relatively small religious organization that lacks the legal resources of larger institutions. Plus, abortion is a hot-button issue in the state, and Missouri will surely fight any attempt to reverse its laws.

That said, only time will tell whether their lawsuit proves successful.

What do you think? Does religious freedom include a woman's right to access abortion services?