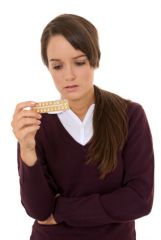 Religious activists rallied in San Francisco on March 23 to protest a new federal requirement backed by U.S. president Barack Obama that would force insurers of religious-affiliated institutions to provide free contraception for employees. The Universal Life Church Monastery believes strongly in the importance of religious freedom but acknowledges that it must be balanced against the many other valuable forms of freedom.

Religious activists routinely claim that religious freedoms are more important than other freedoms. One San Francisco protester argued, "[t]his affects all of us as Americans, because our first freedom is freedom of religion". But the First Amendment to the U.S. Constitution contains the Free Exercise Clause and the Establishment Clause, which place limits on the federal government's ability to establish a national religion or influence its citizens' religious practices, so freedom from religion seems every bit as fundamental as freedom of religion here in the United States. This protester must have been mistakenly thinking that the order in which Amendments appear in the Bill of Rights establishes their relative importance; this notion is plain wrong.

Totally unrestricted religious freedom would have absurd consequences. If the government were forced to respect without question the religious conscience of Christian sects like, for example, the Roman Catholic Church, it would also have to respect the religious conscience of Christian Scientists. The federal government would thus not be able to interfere with Christian Scientists' wishes to deny health care to employees, because health care goes against their religious beliefs. The potential consequences of absolutely unrestricted religious freedom is truly ominous.

The problem with unlimited freedom is an imbalance of rights. Without balancing religious rights with other (such as the privacy and equal protection rights of the Fourteenth Amendment), we create a situation of religious tyranny. In this condition, religious activists wield disproportionate power over other activists. This creates the very formula for oppression that religious protections were intended to prevent in the first place. Besides, as noted above, freedom of religion is just as important as freedom from religion, so it is unfair for secularists - those who ardently strive to keep religion separated from public life - to be more inconvenienced than religionists.

It is important to note that hardline religious activists' arguments concerning limiting freedoms on religious grounds can occasionally be downright illogical. For example, a commonly-espoused argument broadcasted by this faction is that providing free contraception encourages sexual promiscuity, even though there is no statistically-proven correlation exists between easy access to it and contraceptives. Just like fire extinguishers prevent fires from spreading fires, contraception does not cause promiscuity; by definition, contraceptives are merely a solution to unwanted pregnancy. Women are going to have sex, regardless of the availability of contraceptives (just like fires get started in buildings with and without fire extinguishers), and they're worse off without contraception because they could be stuck with an unwanted pregnancy.

Religious freedoms are an important thread in the fabric of liberty that insulate our great country from the cold oppression of tyranny, but so are other freedoms. ULC ministers will vary in their opinions on the matter, but the ULC believes the best solution regarding religious freedoms in America is one that promotes peace, co-operation, and compromise. Regardless, with enough thought and effort we should be able to find a solution that works for everybody.