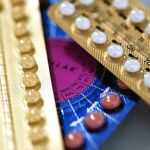 Catholic and evangelical Protestant church]2 leaders are getting ready to fight U.S. president Barack Obama on birth control mandates for employers. Obama has announced adjustments to the mandate to exempt religious organizations, but critics have argued that this move doesn't go far enough to protect religious freedom. The debate is certainly a delicate one, and it requires careful consideration of both religious freedom and women's rights, but Obama's critics might be taking their contention a little too far: religious groups already enjoy extensive protections, and kowtowing to religious interests while marginalizing others will lead to religious tyranny. But a single-payer plan might solve the dilemma.

Getting a grasp on this requires a brief look at the actions the Obama administration has taken in the past couple of weeks. The uproar began on January 20th when the administration revealed plans to require religiously affiliated nonprofit organizations to provide contraception for their employees. This would not include churches and houses of worship, but hospitals, colleges, and charities with ties to the church that employ both believers and non-believers alike. Religious groups decried the move, and in response Obama abandoned the mandate on February 10th. Religiously affiliated nonprofit organizations would no longer be required to provide the contraception, he announced, and instead this responsibility would fall on insurers themselves, ensuring that women still had access to free contraception. Religious groups said this was a change for the better, but that it still wasn't good enough because it would still apparently impinge on religious freedom. In anticipation of this, the Conference of Catholic Bishops, evangelical leaders, and others have been preparing for a fight against a future birth control policy.

would restrict constitutionally-protected religious freedoms, however, and family-planning advocates have been quick to point this out. People are still allowed to worship, proselytize, and provide social services in accordance with their faith--it is only when religious groups use taxpayer dollars to perform these works that religious liberty must be limited, according to Marci Hamilton, a constitutional scholar at Cardozo School of Law. And Daniel Mach, director of the ACLU Program on Freedom of Religion and Belief, argued in a press conference recently that bishops who oppose Obama's birth control policies have "a distorted view of religious liberty--one that has no basis in law or the [United States] Constitution". So Obama isn't necessarily restricting the free exercise of religion, and his critics have mischaracterized his actions by conveying the impression that he is.

But even if we were to concede that Obama is somehow restricting religious freedom, how much freedom should religion have? Should it be completely and utterly limitless and unobstructed? Purely in terms of logic and fairness, this creates a huge problem, because it leads to tyranny of religion, not to mention begs the question of what happens when two religions take up different sides of the same issue. If religious freedom is limitless, Christians should be allowed to keep slaves, because the Bible permits this practice (Titus 2:9), and Muslim men should be allowed to beat their wives, because the Quran permits this practice (Surah 4.34). However, we do not permit such practices in civilized democracies, and this is completely non-controversial, so obviously religious freedom has limits, and those limits are where it impinges on the rights of another. By the same token, then, in certain situations we should be able to restrict the religious freedom to deny women contraception, since it impinges on women's reproductive rights (which are human rights). Such a compromise is only fair. So, no, it isn't necessarily wrong for a civil government to restrict the religious freedom to deny women contraception, as long as we carefully consider the context.

All of this quarrelling over religious freedom and women's rights could be avoided, of course, if the U.S. federal government set up a special health-care plan for its citizens. Religious conservatives have complained that Obama's decision to make insurers directly responsible for providing contraception doesn't completely solve the problem, because some religious organizations are self-insured, meaning that the only way employees can get insurance is from the organization itself. A single-payer health-care plan advocated by politicians from Newt Gingrich to President Obama would help solve this problem by financing health-care through a government entity instead of a religious one, allowing employees access to birth-control without forcing religious groups to provide it against their wills. Optionally, the government could contract for health-care services from private organizations. Thus, even if it the government cannot force religiously affiliated organizations to provide employees free contraception, there is still a way out through government insurance financing.

Balancing religious freedom with reproductive rights is a tricky affair, but it can be managed. The "sky-is-falling" rhetoric directed by religious conservatives at Obama's birth-control policies portrays a mildly paranoid, irrational resistance: religious institutions already enjoy almost unlimited freedoms thanks to the Free Exercise Clause of the First Amendment to the U.S. Constitution, and totally unlimited freedom is tyrannical and unfair anyway. It is not the case that either women's rights or religious rights, but not both, can be accommodated in a future contraception mandate enacted by the Obama administration; both of them can. And one of the best ways to go about doing this is by developing something like a single-payer plan. That way everybody wins: women, religious organizations, and the politicians who are trying to find common ground on which the two can stand.