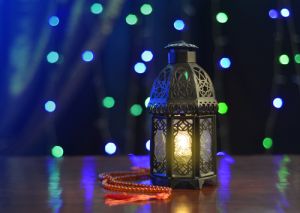 As many families get ready to go on summer vacation camping trips, other families are preparing at home for the most important spiritual observance in the Muslim faith: the Holy Month of Ramadan. Unlike festive holidays such as Christmas and Mardi Gras, Ramadan is not known for its frivolity--it is a solemn time of year which focuses on the core spiritual concepts and teachings of the Islamic faith. Although it remains mysterious to many Westerners, Ramadan reveals just how much the principles of the Islamic faith have in common with those of the Universal Life Church.

Ramadan has its roots in the story of how the prophet Muhammad received his revelations from the Islamic deity, Allah. By tradition, the prophet received his insight during the ninth month of the Islamic calendar, itself called Ramadan. Since the new moon marks the beginning of the new month, Muslims traditionally mark the beginning of Ramadan by visual confirmation of the Hil l, or crescent moon, which usually appears a day or two after the new moon. Rather than a time of revelry, feasting, and indulgence, it is a time of restraint, self-discipline, and almsgiving, its purpose being to emphasize compassion for the less fortunate and cleanse the soul of worldly impurities. According to Surah 2, Revelation 185 of the Qur'an, "The month of Ramadan is that in which was revealed the Qur'an; a guidance for mankind, and clear proofs of the guidance, and the criterion (of right and wrong)", thus, moral and spiritual integrity are central to Ramadan.

These underlying values are reflected in the rituals followed by dutifully observant Muslims during the holy month. Perhaps the most important of these is Sawn, or fasting, which takes place during the daylight hours, a time devoted to prayer and meditation. Traditionally, families partake in a pre-dawn meal call Suhoor and an evening meal following dusk called Iftar. Also important is giving to the poor. For followers of Islam, this consists of an obligatory donation called Zakat as well as a voluntary donation called Sadaqa. Together, fasting and almsgiving constitute two of the five pillars of Islam. Traditionally, exceptions to fasting are made for travelers, the ill, pregnant women, children, and others.

It may be surprising how much the principles of Ramadan overlap with those of Universal Life Church ministers, who belong to many different faith traditions. Just as Muslims emphasize the need for spiritual reflection and purification by abstaining from everyday pleasures, so do the followers of many other faith groups. In Christianity, for instance, fasting is also practiced during Lent, and compassion for the poor through almsgiving is a value common to many world religions, as well as to followers of non-religious traditions like secular humanism.

To the outsider, Ramadan might appear to be unnecessarily restrictive and self-denying, but to Muslims it is a respite from the temptation of succumbing to unhealthy habits and moral lassitude. It also presents an opportunity for non-Muslims including Universal Life Church ministers and other ministers ordained online to better understand a faith which is often maligned in the media. If the basic tenets of Islam's most sacred month can teach us anything, it is the fact that beneath the veneer of separateness, "we are all children of the same universe".