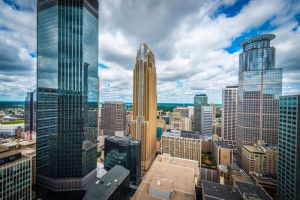 Just a few years ago, it would have been almost unthinkable: holding same-sex weddings inside a city hall in Middle America. But this is precisely what the U.S. city of Minneapolis did to mark the first day such weddings are recognized in the state of Minnesota. At the heart of the celebrations was the mayor of Minneapolis, who served as wedding officiant using his online ordination in the Universal Life Church Monastery.

The wedding marathon inside the Minneapolis City Hall rotunda was kicked off with the marriage of Margaret Miles and Cathy ten Broeke, the first couple to take advantage of the state's new law. Minneapolis mayor R.T. Rybak, who obtained his ULC minister's license in 2005, officiated at least 42 weddings throughout the night. At least 11 weddings also took place at Como Park in St. Paul double the usual number in a 24-hour period, according to park campus manager Michelle Furrer.

A Sudden Turnaround for Minnesota

Thursday's events mark a sudden turnaround in Minnesota's stance on same-sex marriage. Just last year, marriage equality advocates had to fight an attempt to outlaw same-sex marriage across the state. That bill was resoundingly defeated by popular vote, and earlier this year state lawmakers passed a bill extending marriage rights to all loving couples.

The Universal Life Church Monastery would like to extend its gratitude to Mayor Rybak for taking such bold initiative as a ULC minister, and to congratulate the happy couples who now enjoy legal recognition under Minnesota's new law.

Check out these great photos by Jennifer Simonson (MPR Photo)