Hate is Hate: Reparation in America 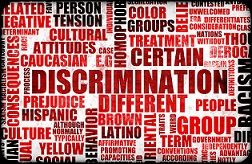 Three years ago, the Monastery addressed the important issue within the United States of personal heritage and the flag of the old Confederacy. In this month of February, we celebrated the birthday of Abraham Lincoln, the champion of ending slavery and keeping our union together despite a bloody civil war, and we find it appropriate to reexamine this divisive issue.

In the past year, we have seen examples of groups fighting for the right to discriminate against others. Some religious organizations cried out that if they cannot deny women health services or keep gays from acquiring equal rights that their freedom of religion is being infringed upon. In a relevantly similar situation, we have seen many individuals, proud of their family heritage, fight to display the battle flag of the Confederate States of America (CSA) known as the "stars and bars." In one case, Annie Caddell of South Carolina lamented that she wished her black neighbors would just understand that the Confederate flag on her front porch was not meant "to slam anybody."

What makes these situations alike is an inability of some to view the world through the eyes of others, and give up their selfish outlooks. While it might be consolation that for some, flying the CSA flag is not meant as an insult, the greater harm lies in successfully insulting people, whether you mean to or not.

For many black Americans, the stars and bars represent a painful chapter in history. If it is fair for flag-bearers to ask that others view the display as a symbol of heritage, we can view the flag as commentary on American heritage in general, including that of people descended from slaves. After all, anyone can find personal resonance in being confronted with the flag, not just those whose ancestors fought with the rebels. Displaying it publicly can muster pride within an individual, but at regular and nearly unavoidable torment to several others, while not displaying it publicly causes no direct harm to either the individual or his neighbors. Flying the stars and bars then seems indefensible.

Several southern states have come to this realization within recent years. In November of 2011, the Texas Department of Motor Vehicles voted to no longer allow license plates to bear the flag of the CSA. In another case, a black juror in Shreveport, Louisiana refused to hear a case in the Caddo Parish court house due to the fact it would be presented under the Confederate flag, not the U.S. flag. He argued that the court and citizens are held to U.S. law, so cases should be heard under the symbol of our nation, not one that represents a country no longer in existence.

Authorities agreed with his complaints and had the stars and bars removed, though a statue of rebel soldiers remains at the front and center of the building. Statues such as this are peppered throughout the southern states, and there are many Civil War relics treasured by groups such as the United Daughters of the Confederacy. These attempt to bring honor to the Confederate cause, but we don't believe this is a worthy pursuit. Many will be quick to point out that the war was fought over more than just the issue of slavery, though this was a central part. They will chronicle a history of southern pride, and the northern paternalistic attempts to legislate against values and commerce practiced in the south. There was also a major disagreement about how to handle the creation of new states and under whose conception of the justice they would be designed. It seems the more general issue was that of states' rights versus federal authority. 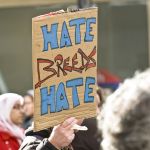 The reason this is not a worthy cause is the sheer hypocrisy of it. While southerners championed self-determination, they brutally stole it from their slaves. While they insisted northerners failed to empathize with their way of life, it didn't occur to them to empathize with people they saw as nothing more than property. They exacted greater abuse on captured Africans than the federal government exacted against the southern states.

Abraham Lincoln declared that all freed slaves after the war would receive forty acres and mule to work the land in payment for the tyranny they endured. After the failure of John Wilkes Booth and the Confederates to capture Lincoln, the north won the war. Booth then assassinated the President five days later, and his successor, Andrew Johnson, revoked the edict. Descendants of slaves have nothing to show for the atrocities committed against their families, and at this point, there is insufficient land to make good on the old reparation. We propose that all Confederate artifacts, including statues, flags, and battle relics be handed over to descendants of slaves. While this certainly doesn't erase the history, it would prevent ignorant people from evoking slavery and a bigoted perspective to those around them by proudly displaying these symbols of hate. We call on the great state of Mississippi to remove the stars and bars from their state flag. Even if you one does not purport to "slam anybody," as Annie Caddell phrases it, hate is hate, and our ordained ministers, and indeed our nation will not stand for it.