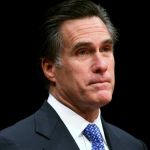 U.S. presidential hopeful Mitt Romney may be feeling a slight headache in the coming months as the presidential campaign gets into full swing. Universal Life Church minister Helen Radkey, who has spent the last several decades fighting posthumous baptisms by the Church of Latter-Day Saints, has unearthed documents indicating that some of Romney's ancestors were married to multiple spouses in posthumous wedding ceremonies. Whatever your thoughts as a ULC minister on the teachings and practices of Mormonism, Radkey's findings reveal a collection of mysterious traditions which, in some cases, deserve closer examination for the way in which they may shape the lives of people outside the church.

A seasoned researcher, Radkey started pursuing the topic of posthumous polygamous weddings just recently. She has already spent years investigating posthumous baptisms by the Mormon Church, especially those performed for victims of the Holocaust. It isn't always clear what drives the ex-Mormon from Hobart, Tasmania to champion this cause, but perhaps it is because posthumous baptisms insult the memory of Holocaust victims by suggesting they still need saving. However, she began to shift her focus from baptisms to weddings when she came across information on Romney's genealogy. Intrigued by what she found, she combed through private databases at the church's own Family History Library and produced documents which suggest that a number of Romney's ancestors have been posthumously wedded by the church to multiple spouses. 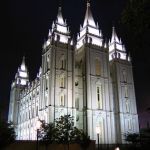 Reflecting on her discovery, Radkey began questioning Romney's statements about polygamy. Like most modern-day, mainstream Mormons, he has openly denounced the practice as immoral and corrupt. In fact, the former senator has reportedly called it "bizarre" and "awful", according to Jason Horowitz of The Washington Post. And church spokesman Michael Purdy maintains that the church does not officiate wedding ceremonies for the deceased, Horowitz reports. In her interview with Horowitz, Radkey challenged Romney and the church's attempt to disavow any connection with the mores of their ancestors: "How dare [Romney] say that polygamy was horrible when it was what his ancestors believed", she said, adding that "I believe you should honor your bloodline. I have convicts in my bloodline. I don't reject them". She also suggests that the church might be rejecting polygamy for the living while secretly sanctioning it for the dead. The implication is that the church has a double-standard for the living and the dead, and that Mormons like Romney should confess to the polygamous legacy of their church and stop trying to sweep it under the rug in an attempt to obfuscate outsiders. Her crusade is probably not without personal motivation, either: she was excommunicated from the church in 1979. 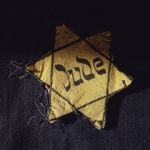 The practice of marrying dead people to multiple partners, and the attempt to dismiss or obscure its presence in Mormon history, are not the only things that get Radkey roiled up. As mentioned above, she has also paid close attention to the church's posthumous baptisms. In fact, she has discovered that the church has posthumously baptized everybody from Joan of Arc, Anne Frank, and Nobel Peace Prize winner Elie Wiesel's parents to Charlie Chaplin, Humphrey Bogart, Marilyn Monroe, and even Barack Obama's mother. But the church isn't supposed to be doing this apparently. As Horowitz reports, it has made an agreement with Jewish groups to desist from posthumously baptizing deceased Jews, presumably because the activity suggests that innocent victims of genocide need to be saved, which, understandably, would insult members of the community. Responding to the reports of continued baptisms, Wiesel himself made a public appeal to Romney requesting him to ask his church to stop the baptisms. All in a day's work for the online ordained minister. If the veracity of Radkey's claims can be confirmed, the implications are scandalous, to say the least. It means that the church has not only contradicted its official stance by secretly marrying dead Mormons to multiple partners, but also violated an agreement with the Jewish community to stop baptizing Holocaust victims like Frank and Wiesel's parents out of respect for their memory and the feelings of their community. And it can all be traced back to the LDS church's own archives thanks to the assiduous research efforts of Radkey.

What should we take from Radkey's discoveries and how should this shape our view of the LDS church? Understandably, the belief that the living can marry the dead to people chosen by the living, and to multiple partners, seems a bit farfetched to many, and the belief that the living can baptize the dead to save them from damnation seems a bit brazen and insolent to many, too. Even a lot of people who get ordained online and become a minister to marry their friends and relatives find this peculiar. If we think about it, though, a lot of religions have strange beliefs. Christians believe that God became a human being to be sacrificed, propitiate himself, and thereby save humans from eternal torment, rising miraculously from the dead after this goal was accomplished. Meanwhile, some Roman Catholics believe in the doctrine of transubstantiation, which states that consecrated bread and wine literally become the flesh and blood of Jesus Christ, and some Jainists believe in a ritual called sallekhana, a form of self-starvation which is supposed to cleanse oneself of negativity and bad karma through complete non-violence and meditation. Religion in general is a quirky thing. So, while we should hold the Mormon church accountable for how it treats the memories of those it posthumously married and baptizes, we should also remember the very strange, funny, and questionable things other religions teach.