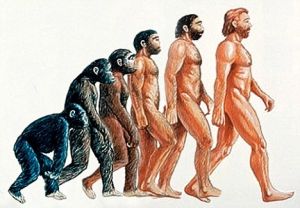 A hearing officer in the U.S. state of Ohio has defended his recommendation to a local school board to fire a teacher who was allegedly teaching religion in the classroom. The teacher, John Freshwater, is accused of teaching creationism, refusing to remove religious paraphernalia from his classroom, and even burning crosses into his students' arms as a part of science experiments. Perhaps the most important question in this case is whether creationism can be objectively verified scientifically, in which case Freshwater's firing might arguably be unjustified. But is this possible?

The school board voted in 2008 to fire Freshwater, but Freshwater elected to attend a hearing, which all Ohio school-teachers are entitled to before being fired. R. Lee Shepherd, the hearing officer assigned to the case by the Ohio Department of Education, made the recommendation in a report issued Friday (7 January), however the final decision on whether to act on the recommendation is up to the school board, which now has two different members from when it

voted to fire Freshwater. In 2003, Freshwater asked the school board for permission to teach creationism along with evolution in the classroom, but when the school board refused his request, he allegedly taught the subject matter anyway. In his own defense, Freshwater argued merely that he did nothing wrong, and that he was singled out for refusing to remove his Bible from his desk. The school board is expected to make their decision Monday (10 January).

In his recommendation, Shepherd acknowledged Freshwater's effectiveness and popularity as a teacher, pointing out that his students scored above average in tests, but he noted that this achievement was compromised by his injection of conservative Christian dogma into his lessons, suggesting that Freshwater should have left well enough alone. According to Holly Zachariah of The Columbus Dispatch,Shepherd stated, "[u]nfortunately, John Freshwater was not satisfied with the positive results of his teaching in terms of successful state test scores and the development of a love for the subject of science in the minds of his students", adding that "he was determined to inject his personal religious beliefs into his plan".

Is the position of the school board and the hearing officer unfair? In order to answer this question, we must determine whether creationism can be treated as a valid academic subject matter in the public school system of a nation which formally prescribes the separation of church and state in its founding documents as well as in its judicial legacy.

Most scientists reject creationism on the basis of insufficient empirical data. For them, the complexity of the human body and mind are the lucky result of evolution, which is characterized by natural selection of random genetic mutations which are most suited to novel environmental demands. Evolution itself may have a mysterious beginning, they claim, but one hypothesis is that molecules and chemicals organized by chance in just the right way to create the first self-replicating life-form; another hypothesis is that of panspermia the seeding of earth by extraterrestrial life.

Creationists support a natural teleological position; they argue that the physical conditions which support life are too fine-tuned to be a matter of chance. Evolution itself, they claim, is made possible in the first place only by these fine-tuned conditions for life. In addition, they maintain, the fact that unrelated species just happen to develop the same organs, such as eyes, despite the odds, suggests a certain directionality or ultimate goal. Furthermore, they argue, the panspermia hypothesis does not answer the ultimate question of what instigated the evolutionary process in the first place. After all, evolution cannot explain itself who "inspects" the "inspector"? If life on earth was jump-started 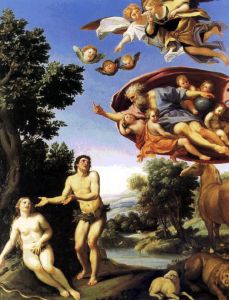 by aliens, how did alien life get started?

There is yet a third position that can be taken. Perhaps the nature of the origin of life is more nuanced than either creationists or mainstream scientists have suggested. This third hypothesis posits that intelligent design and evolution are not mutually exclusive, but complementary. To use an analogy, let us say that a person detonates a bomb. To a person who knows nothing about bombs, the resulting debris would look like a chaotic mess. In actuality, the chance and randomness of the exploding matter and the intelligent agent who pressed the button are both real; an intelligent being can cause what looks like random chaos only to achieve a particular desired effect.

We invite our priests, ministers, and other clergy members ordained online to share their thoughts. Did Shepherd make the right decision when he recommended that the school board fire Freshwater?