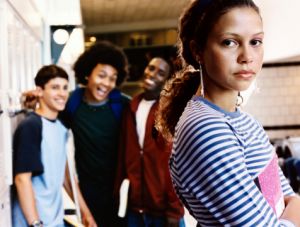 What happens when a high school student rips out pages of the Bible to protest school bullying? Apparently, he gets expelled. This is precisely what happened to 18 year-old Isaiah Smith of Birdville High School, in the Fort Worth, Texas, suburb of North Richland Hills. Even though Smith was trying to draw classroom attention to a serious, school-related issue, the school took greater umbrage over his desecration of a religious text, a decision which deserves our scrutiny as Universal Life Church ministers.

Fighting Back with the Good Book

Smith, an openly gay Christian, resorted to the Bible-tearing demonstration after enduring unabated harassment by other students over his sexual orientation. According to Smith, he had been repeatedly told by students that "being gay is a sin" and that "gays go to hell". The tipping point came one day in Spanish class when classmates were engaging in the usual mockery. Smith had come prepared he pulled out his personal copy of the Bible and began tearing out pages from Leviticus, a book often quoted to condemn homosexuality, in objection to their argument.

Initially Smith was sent to the office of the assistant principal, who told him he could continue to carry his Bible around at school, but could not tear out any more pages. However, two days later the assistant principal told him he could no longer carry the book around, allegedly asking him, "How would Muslims feel if a student was tearing up the Quran?" But the American Humanist Association has argued that the school's decision "was religiously motivated, because [Smith] expressed different beliefs on the Bible than those held by school officials. There's no legal basis for that kind of reaction".

What is curious about Smith's case is the way in which school authorities propped up a double standard by penalizing Smith and privileging his bullies. The school's initial reasoning for Smith's expulsion was that he was disrupting class, but could it not just as easily be argued Smith's bullies were disrupting class and creating a hostile learning environment for LGBT students like him? After all, the actions of the bullies were both unprovoked and unpunished while Smith was attempting to stand up for himself in response. Why should tearing up a Bible be deemed more disruptive than using it to marginalize students? Perhaps religious sentiments are preferred over the comfort and safety of sexual minorities.