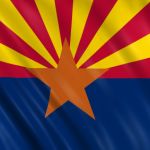 Within one week, the Arizona legislature has passed measures banning abortions after twenty weeks and legalizing the teaching of Bible classes in public schools. Gov. Jan Brewer has already signed the abortion bill into law. The Universal Life Church Monastery sees this as a dangerous precedent. At first glance the bills might seem reasonable, but upon closer inspection they threaten to undermine women's rights and blur the line separating church and state.

The abortion bill is intended to protect women, argue supporters. Under the new law, abortions would become illegal after the twentieth week of pregnancy except in a "medical emergency" in which an abortion would prevent the mother's death or substantial injury. An ultrasound would also be required twenty-four hours before an abortion. The new restrictions, argue supporters, will reduce abortion-related health risks, which they say increase substantially after the twentieth week of pregnancy.

The Bible class bill is intended to make Bible electives available, but it has yet to be signed by Gov. Brewer. It would allow public and charter schools to offer elective courses which teach the Bible's influence on Western civilization from a "neutral" perspective. Proponents argue that the course should be allowed because the Bible's influence on Western thought has been so deep and pervasive, and students deserve to learn about their Biblical heritage. It would not be compulsory, they add. 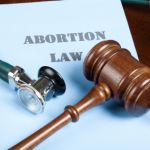 But the abortion bill isn't really fair. Governments intervening in women's personal health decisions is just a form of paternalism. It is not for the state to decide whether a woman should risk health complications--it is for the woman herself to decide, because the decision affects her body, not the state's. Whether or not a woman wishes to risk health complications due to abortion is her business, not the government's; the role of government is merely to provide access to literature on the risks. But the bill does not simply require the state to educate women; it makes it as difficult as possible them to make personal decisions about their own bodies.

The Bible class bill is also unfair. Proponents claim it is optional, not compulsory, but the class isn't biased because it's compulsory--it's biased because it's the only religious course available. Imagine legislators proposing a similar bill to let schools teach the Quran, atheist literature, or witchcraft. It's almost impossible. "But the Bible has had such a profound influence on Western thought!" proponents will argue. But so have other traditions, so why shouldn't they be taught also? Besides, it doesn't make sense to teach students what they already know, and not what they don't know. After all, being exposed to new and different ideas is the whole point of learning. So, offering Bible classes alone is like preaching to the choir.

These bills mean trouble for church-state separation and women's self-sovereignty. The abortion bill feigns protection of women but strips them of personal liberty, while the Bible class bill disguises religious bias as superficial neutrality and denies students the opportunity to form a worldview. Not only are these new laws poorly thought-out intellectually, but they threaten the integrity of civil government and the rights of women, both of which the ULC Monastery staunchly defends.