How Ministers Can Fight Predatory Lending 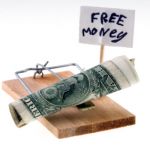 If it seems as though women, blacks, the elderly, and others get the short end of the stick when it comes to bank loans, it's because they do. For years predatory lenders have targeted these and other underprivileged groups for usury, extortion, and other forms of financial exploitation. As nondenominational ministers, we should be combating this practice by raising awareness among our congregations and providing guidance and advice to our lay-people.

Before we can expose predatory lending practices, we need to identify the more fraudulent loan types. According to financial author and radio host Dave Ramsey, borrowers should always avoid "Buy Now, Pay Later" type loans, tax refund anticipation loans, and payday loans. For "Buy Now, Pay Later" type loans, interest not only begins accruing on the day of purchase, but increases to a whopping 24 to 30 percent once the "free" period is up. Meanwhile, tax refund anticipation loans often have an annual interest rate of 40 to 500 per cent, and the typical payday loan of $325 ends up costing on average $793. Lenders know the huge profit they're extorting from borrowers, while borrowers themselves often don't. But ULC ministers can fight this kind of financial exploitation by drawing attention to the issue in church operations, providing counseling services for indebted church members, and pooling community resources to assist financially-strapped families.

Aiding victims of predatory lending doesn't stop with pinpointing fraudulent loan types, though--it also means identifying which groups are most commonly targeted by predatory lenders, such as racial and ethnic minorities. A 2007 analysis of home loan data by researchers at New York University shows that home-buyers in black and Latino neighborhoods in New York City were more likely to get loans from subprime lenders than home-buyers in white, non-Latino neighborhoods with similar income levels, revealing how lenders financially exploit buyers on the basis of race. Any discussion on predatory lending by ministers ordained online must begin with a discussion on which groups lenders prefer to target. 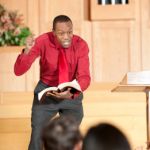 Just as predatory lenders target minorities for underhanded loan practices, they also target women. Women compose a key group of the subprime mortgage crunch, according to studies by leading consumer groups. In her article "Women and the Subprime Crunch", Professor Anita F. Hill argues that women make up a large percentage of first-time home-buyers, and that, consequently, loan officers exploit the lack of financial knowledge of many women applying for their first home loan. Thus, people who become a minister to fight injustice need to confront both racial and sexual inequity in lending practices. This begins with organized awareness-raising efforts in churches and open dialogue between ministers and lay-members on the racial and sexual components of financial exploitation.

Predatory lenders exploit underprivileged groups by taking advantage of their vulnerability, lack of knowledge, and financial inexperience, but Universal Life Church ministers can fight this injustice by using their ministry to raise awareness about extortive loans and lending practices which target women and minorities. These may be small baby steps, but they are the grass roots efforts that lead to change on a larger scale. Give us your thoughts. Have you ever been a victim of predatory lending? How would you use your ministry as a means of protecting people against usury?