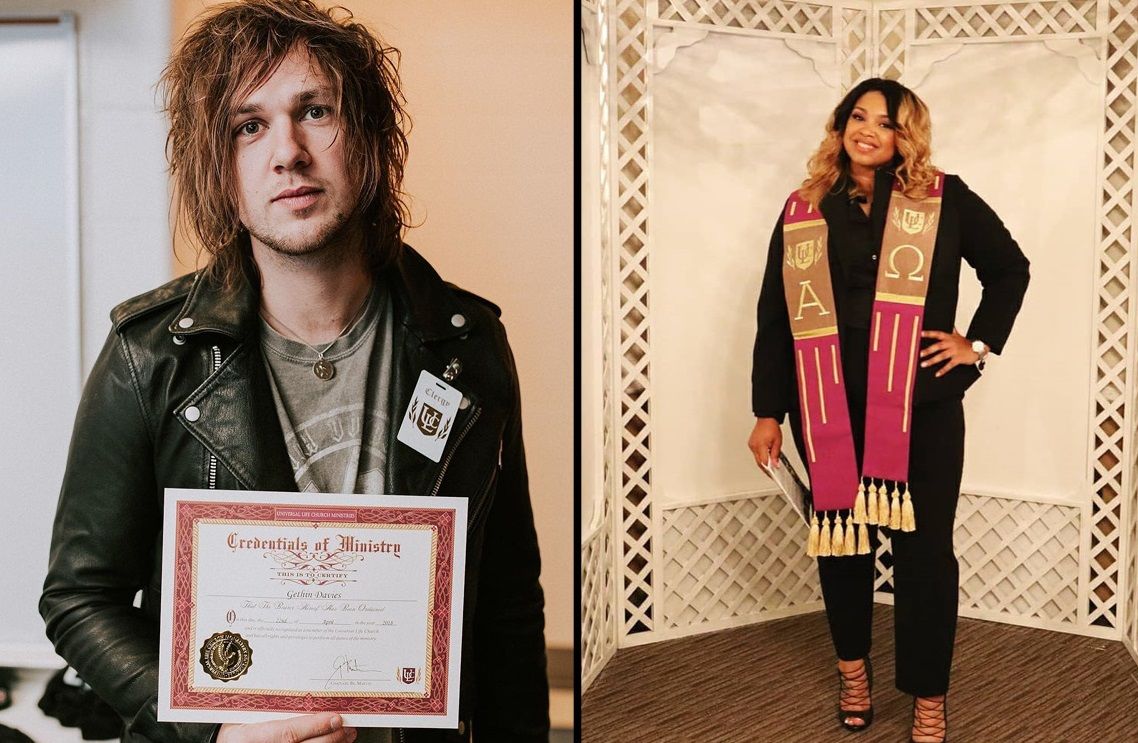 The following guest sermon was submitted by Rev. Mark DeFillo. All ULC ministers are invited to contribute their own sermons for consideration/publication. To submit a sermon, please email it to sermons@themonastery.org.

I find myself thinking about ways that ministers could support this church, and indeed similar churches with the same or similar ideals and methods, in the face of disdain and/or official non-recognition from certain quarters.

The primary reason for such feelings from others is the ease of entering, and being ordained in, this kind of ministry to which we belong; coupled with the fact that many religions and sects only confer ordination upon candidates who have completed lengthy educations in religious schools. For some, the problem is that many join for the sole purpose of being able to officiate at legally-recognized weddings, and sometimes a single one.

Now, anyone who has joined presumably sees this arrangement for opening ordination to all who are called to claim it as a good and sacred thing. I would suggest that it would be beneficial for our church if as many ministers as possible express and explain their belief in this type of ordination, and in the church fellowship we join by accepting this ordination. I shall do so in this writing, and I hope that others may feel called and inspired to write out their own thoughts and reasoning.

This church, the Universal Life Church Ministries, rests upon a handful of basic defining principles that unite us. And naturally, upon these same principles rest the characteristic traits and practices that empower so many to take up ministry - even in cases where the sole ministerial function is presiding over marriages. Let us consider them.

Performing Marriages as a ULC Officiant

Marriage is a way of creating or adjusting a family by the special union of two people, in a way firmly supported by and part of the larger society, and in many religions with the blessing of the Divine. Our ministers may be understood to serve the Universe and its children in many ways, including this matter of representing the Universe in accepting and solemnizing the newly formed familial bond of matrimony. As such, this form of ministry is in itself a sacred calling. If some of us are called to do only that, there is no call or justification for others to deny the legitimacy of it as ministry.

View this post on Instagram This past weekend, Stranger Things' actor David Harbour made good on a promise to a fan. After getting ordained, he officiated her wedding in his full Chief Hopper costume! . . . No wonder you're a fan favorite, @dkharbour!

What Does It Mean to Be a ULC Minister?

First and foremost: "We Are All Children of the Same Universe." What does it mean to minister under this message? At its most basic, the word "minister", used as a verb, means to serve. Accepting the ministry means to choose to serve the children of the Universe. Being the message of a "church", for most of us, the "Universe" is sacred and divine. In this interpretation, the Universe is a manifestation of the Divine, or vice versa.

Another basic principle is that we are enjoined to "Do that which is right." This of course requires conscience, self-awareness, and sincerity. All the more so since the Church does not impose a lawbook upon us. That fact, in turn, is very significant for establishing that our ordination is legitimate despite not requiring the lengthy education of the clergy of many other churches and religions. In many cases, a major part of that education is comprised of learning the religious law of that group to the level of being qualified to serve as a judge on a religious court. The other major area of study would be matters of theology and perhaps philosophy. ULC does not impose any theology beyond the "children of the Universe" doctrine, and ordains people of all beliefs. Therefore it is up to ourselves to determine and arrange our own education to improve our ministries.

Finally, we may note as the third principle the commitment to freedom of religion under the U.S. Constitution and International Human Rights Law. That's a good reason for those of us who are so-called, to speak (or write) in support of those who join the ministry only for the power to officiate weddings. Our words will help support the fact that offering the ministry so easily is itself an important practice of this church that rests upon its core teachings.

In this way, our ministry does not require the extensive education of many others, because it neither imposes a theological system that must mastered, nor has a law code and judicial system in need of judges. It is, however, a sacred calling to service of the Universe and its children, and it is a matter of our religious freedom to be able to accept and carry out this calling the ministry under the banner of the Universal Life Church Ministries.