How I Got My Kids to Turn Off the TV

This guest sermon was written by Ryan King, an ordained minister of the Universal Life Church. All ULC Ministers are invited to contribute their own sermons for consideration/publication. To do this, please email _sermons@themonastery.org._

You may often wonder, "How do I convince my children that there are downsides to watching too much TV?" If you don't have children, perhaps this is a question for your spouse, your friends, or even yourself. Television can rot our brains if we overindulge, but how can this issue be addressed? Well, what if a single idea can become a powerful message for self-transformation? What if a single question could guide you toward self-reliance and being a lamp in your own darkness? I know, it sounds like a subtitle on a religious self-help book, but hear me out.

The Dangers of Media 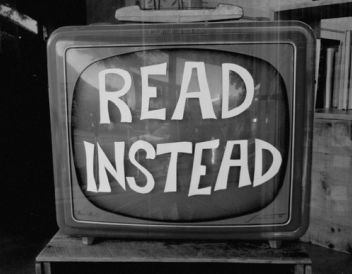 As a father of four, I'm concerned about how to lead my children to be good young men and women in such a turbulent time. The ubiquity of media makes modern parenting a difficult task. I have studied philosophy, mysticism, and religion my entire life. They provide great lessons in responsibility and growth. However, I also recognize that, at least at this point in their lives, my children are not terribly interested in such subjects. While I was pondering this, I was reminded of a line in a song I had heard recently. It goes: "If you had only one chance to say something, what would it be?"

That night, I found my two oldest kids lounging on the couch watching a TV show that featured violence, cursing and even some "adult scenes" content once reserved for after-midnight television. I quietly sat on a chair next to them. I saw my boy straighten up, and my girl pretended to ignore me. I didn't make my usual comments about the pointlessness of such programming. I didn't even roll my eyes, although this took some effort. I simply asked:

Can you tell me how this will make you a better person?

Without a word, I got up and left the room. About ten minutes later, to my surprise, the children were in their rooms doing their homework and the television was silent. Remarkable. 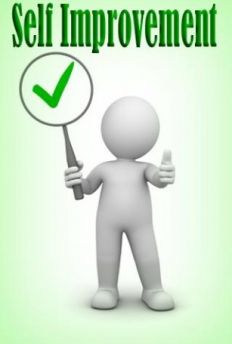 A Recipe for Success

This philosophy can change the way we live our lives. For example, whenever I feel angry and get the urge to lash out, I ask myself: "How does acting or feeling the way I do right now make me a better person?" I began to realize that rarely did my thoughts or actions result in self-improvement, so I made conscious effort to change my mindset and behavior.

We all want to be better fathers, mothers, sons and daughters. Better workers, better leaders, better lovers this list goes on. Sometimes succeeding in these roles can be tough. But one question aligns us with all those duties we possess to society and ourselves: "Is this making me a better person?"

Whatever I said, it worked. My daughter has begun watching nature programs instead of violent TV shows, and decided she wants to go to school to become a counselor. My son told me he wants to be a police officer. I've since thrown away all those parenting magazines and books I've collected over the years because I made more progress with a single question than I did with hundreds of pages of "expert" advice.