Why People Don’t Want to Go to Church Anymore 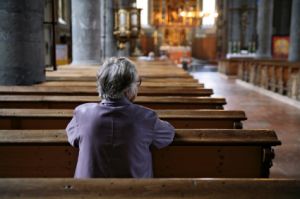 It is not news that church attendance is declining in many Western societies. But what is causing people to turn away from churches, and should anything be done to be revive them, or should we just let them die out? In a six-part series at The Huffington Post, spiritual teacher Steve McSwain offers several reasons why young people do not want to go to church any more along with ideas for reviving the church. Many of his ideas just so happen to overlap with those of the Universal Life Church Monastery.

One of the biggest reasons people are turning away from churches is their increasingly politicized atmosphere in which ordained ministers routinely speak out against the rights of women and LGBT people. But "people come to church to worship... to experience God. They do not need someone telling them how 'real' Christians should vote", McSwain says, arguing that "[i]t's not only demeaning, it happens to be a violation of the wall of church/state separation". Besides, he points out, if you would not use Leviticus to justify executing someone, you should not use it to condemn them either.

The War on Science

Another reason McSwain gives why church attendants are dwindling in numbers is the oppositional attitude toward widely-accepted scientific truths. "I will be so glad when people in the Church stop saying the universe is under 10,000 years old and that Genesis is a scientific textbook. Neither is true and telling people of faith they must believe such things only discredits Christianity. It undermines genuine faith, too". He drives this point home by claiming that people should not be expected "to believe what they know ain't so," quoting Mark Twain.

As a solution to shrinking church congregations, McSwain recommends updating church theology. He states that "if the Church is to have a future in the modern world, it must re-interpret the doctrines of the faith in light of our modern understanding of the origin of the universe, the human species, including biology and developmental psychology", suggesting Christian doctrines like original sin, salvation, and the resurrection "should be placed under the microscope of critical thinking in the context of our modern world".

Many ministers ordained online will agree this is a good starting point for churches that want to reverse their declining numbers, but others may not mind watching churches gasp their last breath. What do you think? Should traditional churches adapt, or die out?