Why It Is Unfair to Teach Creationism in Public Schools 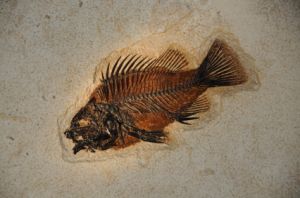 In the United States, many fundamentalist Christians support teaching creationism side-by-side with evolution in public schools in order to provide a balance of perspectives. After all, they claim, it is only fair. The problem with this argument is that it is actually not fair to balance evolution with creationism in science curricula, because creationism is not subject to scientific enquiry. It is a matter of faith. Besides, some religions teach creation stories different from the Christian one, and it is unfair to teach Christian creationism but not, for example, Hindu creationism.

A similar argument was made in a recent editorial in Hilltop Views, a student newspaper published by the School of Humanities at St. Edward's University, in Austin, Texas. In that article, the author, Bailee Perkins, gives at least two major reasons why it is unfair to teach creationism alongside evolution: first, creationism cannot be tested scientifically, because the concept on which it rests God itself cannot be tested scientifically; second, if Christian values and principles should be taught, so should the values and principles of Islam, Jainism, paganism, and other religions, but this may prove daunting and unrealistic.

With these points in mind, let us pretend we are conversing with a creationist who avidly supports the teaching of creationism in public schools. The conversation might go something like this:

"It is only fair to teach creationism alongside evolution in public schools, because this provides a balance of perspectives."

But a balance of perspectives must be fair in order to be valid; otherwise, it is like comparing apples with oranges. It is unfair to teach creationism alongside evolution in public school science classes because creationism presupposes the existence of a divine creator or higher power, which is not scientifically testable, whereas evolution deals with natural physical properties which are scientifically testable. Creationism requires only faith to be believable; evolution, however, must satisfy the demands of the scientific method to be believable. It is unfair to compare creationism to evolution when the standard being used is the scientific method. Thus, comparing creationism with evolution is not a fair balance of perspectives.

In fact, religious faith allows a person to claim that something is true just because they have faith in it. It is a sophistic way of allowing a person to be right all of the time for no actual, provable reason. And that is not a level playing field. Religious faith may be a fair opponent on its own turf, but not on the field of provable hypotheses. After all, science classes are supposed to play by the rules of the scientific method.

Thus, we can see that using faith as a standard for truth gives an arbitrary, unfair advantage to creationists in a game that is not meant to be played by their rules in the first place.

"But that problem can easily be solved: we can teach the creation stories of other world religions and faith traditions alongside Christian creationism."

But where does it end? How many religions must be included in a creationist curriculum? If we teach the creation story of one religion, we must teach the creation story of every other religion, because this would only be fair. But where do they all fit in? Allowing creationism to be taught in the classroom is a slippery slope: eventually, we would have to accommodate every creation myth under the sun, and if we include Hindu, Buddhist, and Hopi in addition to the creation story in Genesis, we would be forced to sacrifice class time devoted to core secular subjects that American students lag behind in such as math, science, and logic. Public schools, in essence, would become more like seminaries or religious philosophy schools, and they would lack comprehensive coverage of all of the arts and sciences. It seems, then, that the most practical solution to this problem is to keep creationism out of public schools altogether.

Besides, if parents want their children to learn about creationism, why don't they just teach it to them at home, or take them to a church sermon or Sunday school? Meanwhile, nonreligious students get to keep their right to freedom from religion in a secular public school domain. This seems like a fair compromise.

Second, the First Amendment of the United States Constitution was created largely with the intent of protecting minorities from tyranny of the majority (cf. Thomas Jefferson's letter to the Danbury Baptist Association). It is redundant to push for protection of the majority when the majority, due to their sheer numbers, do not need it. That is why constitutional rights are put in place for those who need them. Christians are not being persecuted in America if anything, Muslims are. Christians even get to put up the Ten Commandments in some Virginia schools (because, they say, most people in the community hold those values). There would be an uproar if a passage from one of the Quranic suras was placed on a public school wall. When Christians start to be persecuted, then they can invoke the First Amendment.