Why Florida's School Prayer Bill is a Bad Idea 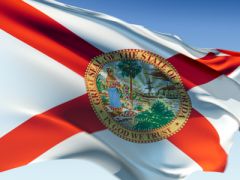 On the same day as the Washington state senate votes on a bill to legalize gay marriage, the Florida senate was preparing to vote on a bill that would legalize prayer in public school classrooms, further illustrating the widening rift between the religious right and the secular left in the United States. Ideally no such rift would exist in the first place, but the argument supporting public school prayer has several problems which deserve to be addressed: it is unrealistic to think that all religions will be accommodated, public school prayer could create unnecessary tensions and divisions in the classroom, and there is a perfectly legitimate alternative.

On the surface, the bill would seem to skirt any potential violation of the First and Fourteenth Amendments to the United States Constitution by ensuring that all religions are represented fairly and neutrally, as in a comparative religion class. Only students would be allowed to give the prayers, which would be required to include a message of inspiration. The definition of what is inspirational would be determined by the state, and school districts would not have the authority to change this definition. Additionally, in order to prevent public officials from endorsing a biased view of religion, public school employees would be barred from vetting or in any other way revising or changing the students' prayers. Ostensibly, under the proposed law, any religious message could and would be accommodated.

It isn't certain that this is the case, though, and there are some serious logistical problems with any attempt to accommodate religious prayers and messages in public schools. To be fair, the religions of all students must be accommodated, without a single exception. But how do we accomplish this? With some sort of special list or roster? Only so many students can be accommodated, and most students are Christian, so by the time a non-Christian student has the chance to get their name on the school's special "prayer list", it might be too late because every space is filled in with the name of a Christian student. Florida schools might have to start turning away non-Christians if and when Christians gain the upper-hand. Also, it's hard to believe the average Florida school administrator would accommodate a Satanist or voodoo practitioner, so all religions probably wouldn't be represented. The consequence is that the vast majority of prayers would represent a Judeo-Christian perspective, while some would most likely be flatly rejected or, at the very least, discouraged. And that isn't exactly fair. So even if the stated intent is to represent a fair and neutral perspective on religion, it won't necessarily turn out that way. 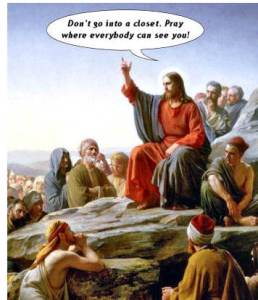 Besides, even if we were able somehow to bring together all religious viewpoints in the public school classroom, there is no guarantee that these viewpoints will meld together harmoniously and peacefully in an environment of mutual respect. People are passionate about their religious beliefs because, by habit, religion tends to be less concerned with calm philosophical reasoning. This is perhaps even truer for the male-dominated Abrahamic religions, which have been the source of much violence and terrorism in the world. Imagine if a Christian student said a prayer, and a fundamentalist Muslim student was offended by the Christian's message, or, equally, if a Muslim said a prayer and a fundamentalist Christian decided he deserved to be harassed or beaten on the playground to punish his spiritual infidelity. Given their minority status, Muslim, pagan, atheist, and other students will be especially vulnerable to harassment and bullying in school if stormy, emotional debates about religion are opened up in public schools. This is particularly worrying due to the fact that schools are supposed to be places where students have access to education in a safe, peaceful environment. Creating opportunities for religious tension and, potentially, bullying, doesn't seem like a good idea, then, especially given the growing cultural diversity of the United States.

The problems with Florida's school prayer bill do not end with the difficulties of trying to accommodate every religion, or the tensions created by opening up the classroom to religious instruction; they include the assumption that all good moral and inspirational messages are necessarily rooted in religious instruction. One supporter of the Florida bill, Sen. Ronda Storms, R-Valrico, suggested that opponents of the bill didn't want children to be inspired at all, as CBS Miami reports: Storms expressed her bewilderment over the mounting opposition to the bill, asking, "[d]o you suppose that opponents want, instead of to inspire little first graders, maybe they want to demoralize them?" But this is a fallacy. What Storms does here is create a false dichotomy, which states that only one of two options are possible when in fact there is a third (and, probably, many more), perfectly good option. Storms assumes that only religious inspirational messages or demoralizing messages are possible when in fact secular inspirational messages are possible, too. Nobody is arguing that children shouldn't be inspired, but the inspiration of our nation's children needn't be rooted in religion; it is this secular inspirational message which is appropriate for public school situations. It almost seems as though Storms knows this but deliberately creates the impression that it isn't the case. So, no, the people of Florida - as well as the rest of America - doesn't have to settle with a bill that permits religious prayer in public schools.

All of this public school prayer legislation is a bit tiring, especially in a country which is supposed to be a secular democracy, but separation of state and church is a principle worth fighting for. Florida's proposed school prayer measure is simply a bad idea: it's unlikely that all religious viewpoints will be accommodated, it opens the door to religious tension and conflict, and secular messages offer a perfectly legitimate and neutral alternative for inspiring and electrifying students in a spirit of solidarity and harmony. When we reflect on these observations, legislation like the Florida bill begins to look more like an incrementalist attempt to insinuate religion into public policy, an ominous prospect indeed. This is something the Universal Life Church Monastery treats with extreme caution, because it is a fine line between letting students express their religious beliefs, and endorsing those beliefs through preferential treatment.