In a surprising about-face, the breast-cancer charity Susan G. Komen for the Cure reversed its decision to cut funding to Planned Parenthood. The reverse-decision came after a national outcry on the part of lawmakers and women's health advocates. Although prospects look good once again for women seeking breast cancer screenings from Planned Parenthood, questions remain: What drove Komen's decision to cut funding in the first place? The facts suggest that indeed there was a political motivation.

The furor began in late January when Komen announced the decision to cut funds for Planned Parenthood breast cancer screenings, a vital form of preventive health-care for poor women. Immediately after, women's health advocates flooded social media Web sites like Facebook and Twitter with scathing accusations that right-wing, anti-abortion politicians had pressured Komen into making its decision. Nancy G. Brinker, the head of the foundation, defended Komen's decision, arguing that abortion wasn't the reason why funding to Planned Parenthood was being cut off, and that the foundation was still committed to saving women's lives. Opponents of the decision weren't satisfied with this reason, however, and under mounting pressure Komen announced plans to reinstate funding for Planned Parenthood breast-exams a few days later, stating that disqualifying investigations must be criminal and conclusive.

Despite the reversal, we might still wonder what made Komen change its mind in the first place. Although funding seems assured for now, Brinker and others went to great lengths to defend the initial policy change, citing several reasons. One reason for the change is that Planned Parenthood is currently under investigation to find if it has used federal funds to finance abortion services, which is illegal under the Hyde Amendment (an anti-abortion amendment attached to appropriations bills which bars federal funding of abortion except for cases in which the mother is the victim of rape or incest, or in which the mother's life is in danger). Another reason, reports Shari Roan of the Los Angeles Times, is that Planned Parenthood breast-screenings are a pass-through service, meaning patients still need to be referred elsewhere for mammograms, biopsies, and cancer treatment, and Komen favors funding more direct treatment.

But critics of Komen's initial de-funding argue that the decision was at root politically motivated. Karen Handel, senior vice-president of public policy at Komen, may have played a role in the plan to cut funding. Jeffrey Goldberg of The Atlantic reports that "three sources with direct knowledge of the Komen decision-making process told me that the rule was adopted in order to create an excuse to cut off Planned Parenthood" and that "[t]he decision to create a rule that would cut funding to Planned Parenthood, according to these sources, was driven by the organization's new senior vice-president for public policy, Karen Handel". Goldberg points out that

Handel, a Republican, is "a former gubernatorial candidate from Georgia who is staunchly anti-abortion and who has said that since she is 'pro-life, [she does] not support the mission of Planned Parenthood'". During her 2010 gubernatorial campaign, she was endorsed by the likes of Sarah Palin, Arizona governor Jan Brewer, and Mitt Romney, further revealing her conservative milieu. Given Handel's decidedly anti-abortion stance, as well as her conservative Republican supporters, it seems reasonable to suspect that Komen's decision to defund Planned Parenthood was, in fact, driven by conservative, right-wing politics.

In addition to the political undertones, critics point out the vital role Planned Parenthood plays in women's health services. According to Roan, Brinker has argued that Planned Parenthood breast screenings wouldn't be the best use of Komen funds even if investigations show that the organization hasn't been using federal money to finance abortions. The reason she gives is that Planned Parenthood only offers clinical breast exams and must refer patients elsewhere for mammograms, biopsies, and cancer treatment. Komen, she states, wants to avoid such "pass-through" services and focus on funding direct treatment. But, as Shawn Rhea tells Roan, Planned Parenthood doctors still manage patients referred out for these other services, and they offer many of the same services as private obstetrician-gynecologists do. And, as Susan Love tells her, Planned Parenthood breast exams and mammogram referrals are an extremely important service for poor women or women who don't have health care. Defunding these services just because they offer preliminary treatment would be a mistake, then. 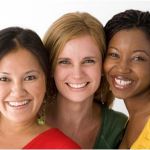 If that isn't enough to make you suspicious about the Komen Foundation's leaders, consider what a recent article in BBC News Magazinesaid about Brinker's political views. In the article, Samantha King, a professor at Queen University in Ontario, quotes Brinker as having said, "We don't think this is political, I don't consider myself an activist, and I'm especially not a feminist. Breast cancer affects everyone". So now Brinker isn't a feminist, because that's apparently a bad thing for the leader of a charity dedicated to fighting breast cancer to be. But a feminist is simply a person who advocates social, political, legal, and economic rights for women equal to those of men. (This includes health care.) So, would we really want a person who doesn't believe in the equality of men and women to be leading an organization intended to defend and protect women's health services? Probably not.

It's great that the Komen Foundation will be re-instating Planned Parenthood's grant status, but we should still be wary of its position on funding women's health organizations which offer abortion services. The foundation justified defunding Planned Parenthood because it is currently under investigation for financing abortions using federal money (even though this hasn't been proven), and because it believes funding direct treatment is a better use of money. But we have good reason to believe that the funding cut was motivated by the anti-abortion ideology of Komen policy-makers like Handel, and that the breast and obstetrical-gynecological exams offered by organizations like Planned Parenthood are crucial preventive health services for poor women and women who don't have health care--many of these women might be unable to obtain services from the organizations which Komen prefers to fund. Insofar as we can so that Planned Parenthood's abortion services did motivate Komen's initial policy change, women should never be denied life-saving health services simply because the organization they obtain these from also provides abortions. Hopefully the board of Komen will come to realize this and make it a priority to serve women, not political ideologies.