Why Do So Many People Still Reject Evolution? 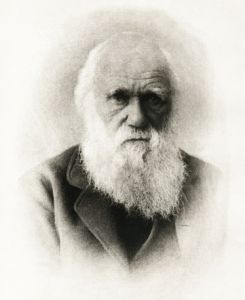 One-third of all Americans still do not believe in evolution, according to a recent survey conducted by the Pew Research Center. The new figures further illustrate the strong foothold creationism has in the American psyche, even though an overwhelming majority of biologists maintain that life evolved over time. Although the Universal Life Church Monastery has always supported religious tolerance, it also encourages critical examination of religious beliefs in light of new scientific evidence.

The survey found that a sizeable minority of Americans cling to creationism. Interviewers telephoned a national sample of 1,983 adults, asking them their religious affiliation and their beliefs about evolution. 60% of respondents believe evolution, while 33% believe life has remained the same since it arose. Approximately 32% believe natural selection is responsible for evolution, while 24% believe it was guided by a supreme being. While America's one-third statistic may seem high, the 2009 Rescuing Darwin survey found that half of Britons either did not believe in evolution, or were highly confused about it, so America is not necessarily the only developed nation struggling with Darwin's theory.

Belief in evolution also depended on race, ethnicity, and religion. The largest group of Darwin-disbelievers were white evangelical Protestants, 64% of whom believe humans have remained unchanged since creation. Only half of black Protestants responded this way. At 78%, white mainline Protestants were the largest group expressing belief in evolution, followed by non-religious people at 76%, although a much higher proportion of the former believed it was guided by God. Meanwhile, 68% of white, non-Hispanic Catholics and 53% of Hispanic Catholics believe in evolution.