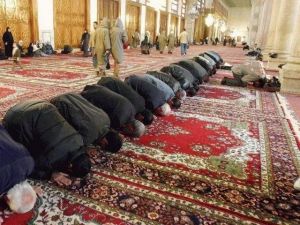 Tensions in the Muslim world have risen even further in the wake of a mass execution of 47 men by the Saudi Arabian government, among whom was a prominent Shiite cleric named Sheikh Nimr al-Nimr. Saudi Arabia is a monarchy led by a Sunni Muslim family, while nearby power Iran is a theocracy led by Shiite Muslim clerics.

Islam Around the World

For starters, most Muslims (more than 85 percent of them) practice Sunni Islam. These form the majority of the population in most "Muslim" nations (the two most notable outliers from this trend are Iraq and Iran, where Shiites form the majority).

Because these two sects must account for nearly 1.5 billion individuals around the world, it is also important to note that the spectrum of ideas within Sunni and Shia Islam is incredibly wide. There are more fundamentalist and more secular individuals in either group. Some people have argued that the differences between these two groups is analog to the difference between Catholic and Protestant Christians - among which you see a similar ideological spectrum.

History of the Sunni/Shia Split

The initial split between the two groups actually took place nearly 1,400 years ago, when the prophet Mohammed died. The sect that would become Sunni Islam argued that Mohammed's best friend, Abu Bakr, should succeed him as the next leader of Islam. Those who would come to form the Shia sect of Islam believed that Mohammad's son-in-law, Ali, should succeed him.

The Sunnis would eventually win that debate, but the rift never really closed (Sunni troops would later kill Ali, an event commemorated annually by Shiites). Tensions have remained high between the two groups - one Pew Research poll revealed that 4 out of 10 Sunnis don't believe that Shiites are 'real Muslims'.

What is the Difference Between Sunni and Shia Islam?

Both Sunni and Shia Islam share most of the core values of Islam and largely believe in maintaining similar practices. The rift between the two, at least from an outside perspective, definitely appears to be more historical/political (much of the political upheaval that has taken place in the Middle East over the last ~30 years can at least partially be attributed to Shia/Sunni conflict) than it does theological.

What's Next for Islam?

Especially in the wake of the recent uproar in Iran, it appears unlikely that tensions between the two factions will ease anytime soon. At this point, unfortunately, it appears as though the religious conflicts we've seen around the world (particularly over the last year) will only increase in quantity and severity.

In the interest of Universal brotherhood, we at the Universal Life Church want to know what you think: How can we close rifts and built peace?