Many, if not most, ministers ordained online are familiar with the saga of Westboro Baptist Church (WBC), the Kansas-based religious organization which pickets the funerals of dead soldiers and homosexuals with signs that say things like "God Hates Fags," "God Hates America," and "You're Going to Hell". Not as many know that Lauren Drain, a former member of the group, was banished for asking too many questions about the group's philosophy. Her story provides valuable lessons for Universal Life Church ministers about the tension between reason and blind faith.

Drain recounts her experiences in the recently published memoir BANISHED: Surviving My Years in the Westboro Baptist Church__. She provides an intimate portrait of the WBC's inner workings, and how it quashes dissenting opinion by accusing the dissenter of trying to sabotage or derail the group's divine mission with distracting questions. In this case, the dissenter was Drain herself. Although dissatisfied with the incongruity between the Bible's messages of love and the church's message of hate, she remained a member, continuing to probe for honest answers to her questions and earning a reputation as a "trouble-maker." Many ordained ministers have encountered similar predicaments in the evolution of their theological worldview.

_The memoir offers valuable insight on the rigid thought system the WBC promotes. Drain describes her struggle. "_A lot of people at the pickets wanted to know how we could make definitive statements such as 'Thank God for September 11' and 'Thank God for dead soldiers'," she writes, pointing out that Ezekiel 18:32 says, "For I have no pleasure in the death of him that dieth," and Ezekiel 33:11, which says, "I have no pleasure in the death of the wicked; but that the wicked turn from his way and live: turn ye, turn ye from your evil ways; for why will ye die, O house of Israel?" 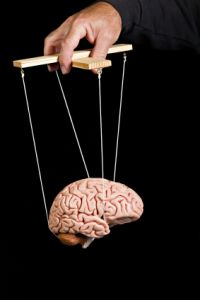 Eventually, viewing her as a thorn in its side, the church decided to get rid of Drain once and for all. She writes, "there was nothing I could do about what the church members thought of me. They misunderstood my curiosity as skepticism. I wanted to be a good Christian, and having my questions answered was important." Nevertheless, she quotes her church elder Shirley as saying, "Nobody else asks questions, not like this" (which, of course, is an argumentum ad numerum),noting also that the pastor shared this sentiment. It is a warning for those who want to become an ordained minister_: inevitably, your followers will question your most fundamental teachings, and you will need to know how to respond._

Drain's book highlights for Universal Life Church pastors a persistent problem with fundamentalist religious groups: they discourage the art of dialectic, fearing that it will expose the truth and force them to defend their beliefs. The only way for these groups to defend their beliefs is to distract from the act of inquiry by accusing the inquirer of nit-picking. On the contrary, however, progress is achieved by furnishing questions with answers, not by stagnating in emotionally comforting prejudices. Bearing this in mind, perhaps Drain and others in her shoes will be able to move on in their journey and find true spiritual fulfillment.