What the Pope Said -- and Didn't Say -- in Myanmar

Pope Francis has completed a visit to Myanmar, though not without severely damaging his image as a peacemaker. Interesting enough, it's not what he said -- but what he didn't say -- that has sparked backlash from humanitarian groups worldwide.

Myanmar is currently in the throes of a bloody refugee crisis making international headlines -- and sparking accusations of ethnic cleansing. Over the past few months, Buddhist nationals have been taking over areas of the country occupied by a minority Muslim population known as the Rohingya. The government insists that the Rohingya people are being relocated because they pose a risk to national security, and that any violence that may have occurred was instigated by them. However, eyewitnesses have reported villages burned to the ground, mass killings, murdered children, and gang rape, among other disturbing crimes.

While Pope Francis spoke generally of peace during his visit, he failed to mention the Rohingya people by name -- a glaring omission that drew scathing criticism from many human rights groups. If you won't stand up for the persecuted, they ask, how dare you call yourself a peacemaker? 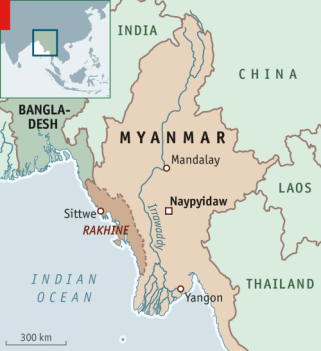 Who Are the Rohingya?

The Rohingya are a stateless people from Rakhine State, Myanmar. The Myanmar government does not recognize the people as citizens, even though their regional heritage can be traced back to the eighth century. According to the United Nations, the group is the most persecuted in the world. The Rohingya people cannot hold civil jobs, cannot move freely within the country nor can they enroll in schools. Human rights activists compare the plight of the Rohingya to that of the apartheid in South Africa. Legally, the Rohingya have no home. They face many legal hurdles just to get health care.

The United Nations' top human rights official scoffed at the government's story, accusing Myanmar of carrying out "a textbook example of ethnic cleansing" against the Rohingya people. Hundreds of thousands have fled to neighboring Bangladesh and other countries.

Although the Rohingya have been the target of persecution for decades, the latest escalation in government-sanctioned violence is unprecedented. Aung San Suu Kyi, winner of the 1991 Nobel Peace Prize and de facto head of Myanmar's government, has failed to address the situation. After her refusal to help the Rohingya people, many critics have called on the Nobel Prize Committee to revoke her prestigious award. As of yet, however, the committee has yet to act. 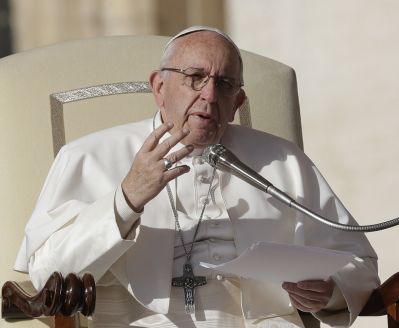 In his speech, Pope Francis spoke in generic terms about unity, never mentioning the government's treatment of the Rohingya directly. "The arduous process of peace building and national reconciliation can only advance through a commitment to justice and respect for human rights," Francis said.

By not saying "Rohingya" aloud, critics point out, it's as if the pope has taken away the last thing this persecuted group has: their name. In the eyes of many, this cost Pope Francis his moral credibility. However, others argue that Francis was simply trying to avoid confrontation in order that the country might hear his message.

But did the pope's message really resonate? Gen. Min Aung Hiaing, Myanmar's military leader, continues to deny the atrocities taking place under his nose. He told reporters that there is no such thing as religious discrimination in Myanmar. Earlier this year, national media reported that it was actually the Rohingya who burned down their own homes, squashing any reports of military involvement. Despite protestations, human rights investigators have not been allowed in certain areas in the country.

Should Pope Francis have taken a stand and mentioned the Rohingya by name in his speech to the Myanmar people?

Update: Pope Francis did choose to use the word "Rohingya" a few days later, during a meeting with members of the Muslim minority in Bangladesh. He apologized to the Rohingya for the "indifference of the world" toward their plight.