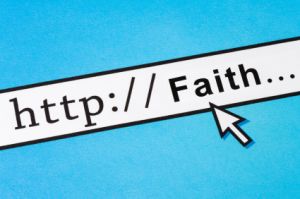 The new religious search engines offer an alternative for many fundamentalist Christians, Jews, and Muslims, who simply find too much information that they disagree with on popular sites such as Yahoo! and Google.

One of the more popular sites is I'mHalal, a Muslim search engine created in the Netherlands which reflects the views of its Islamic users. Creator Reza Sardeha says that he created the site because the Internet, which contains information contrary to Muslim beliefs, was essentially off-limits to most followers of the Muslim faith. Housain Benyounis, a 44 year-old Muslim from New Zealand, says he feels comfortable letting his son use the site because it automatically filters out pornography. In addition, he explains, a search for the term "sex" will only yield results which reflect a Muslim view on sex. The filters can be so restrictive, however, that a search for "sexuality" will yield no results whatsoever. Sardeha says the search engine still needs some fine-tuning.

Another popular religious search engine is the Colorado Springs-based SeekFind, which was created for the Christian community. Like the I'mHalal, the Christian site is vigilant in filtering out content which does not already reflect the religious views of its users. For Shea Houdmann, who runs the site, the purpose of the search engine is "to promote what [Christians] believe to be biblical truth", reports Habiba Nosheen of NPR. Not only would a search on SeekFind exclude pornography, but a search for "Democratic party" would turn up a site on Marxism as its first result, and a search for "gay marriage" would only yield sites which present arguments opposed to same-sex marriage and weddings.

Some critics view the search engines as a form of censorship. Houdmann defends his site, saying, "In a sense, I guess kind of what SeekFind does is a form of censorship, but I would more describe it as selective inclusion". Meanwhile, Michael Gartenberg, a partner at technology research firm Altimeter Group, outright denies the accusation of media censorship by Christian Web site administrators: "It's no more censorship than if I find something on television that I find offensive to me and I could change the channel". In addition, Gartenberg notes, the religiously themed sites are bring new users to the Web. However, as Nosheen reports, opponents argue that "allowing people to only access material that they already agree with will lead to an intolerant society".

Of course, in a democratic society which protects the free exercise of religion through constitutional guarantees, anybody has the right to create Internet search engines which filter out material that contradicts their religious beliefs if users do not approve of the filtering or censorship system, they can always go to Yahooo! or Google for objectivity. But that is beside the point. The real question is not whether or not an individual legally can operate such search engines the real question is whether or not it makes any sense. And it does not make sense if one things about it. It makes no sense to use an Internet search engine to find information with merely confirms beliefs one already holds, since the whole purpose of research is to learn new things that re-shape what one already knows about reality. On the SeekFind homepage, a quotation from the Bible attributed to Jesus, Matthew 7:7, reads, "Ask and it will be given to you; seek and you will find; knock and the door will be opened to you". Well, yes. If one seeks what one already believes, one will find what one already believes with one's head buried beneath the sand. One never discovers anything new. Therefore, one never need fear the prospect of one's beliefs ever being challenged by a dissenting view.

Religious search engines are not intended to provide an unbiased, objective account of reality they are intended to re-iterate the beliefs to which their users already cling. These beliefs are typically anti-socialist (because Jesus certainly never taught selfless outreach and charity for the needy), anti-gay, and sexually puritanical. For the rest of us, however, the mainstream search engines provide the balance of perspectives which we crave, since we are curious about the points that other perspectives have to offer, as well as what motivates them.

We would like to know the thoughts of our ministers ordained online. Do religious search engines re-affirm the religious heritage of their users, or do they simply tell their users what they want to hear?