USA: Land of the Violent?

Do we live in an inherently violent society? According to FBI statistics, there were nearly 1.2 million violent crimes committed across the United States in the year 2015 alone. Although the crime rate has actually decreased over the years, that number is still staggeringly high. Consider this, too: we have the highest murder rate of any developed country at nearly 5 homicides per 100,000 people. While that may seem like a relatively small number, it is 5 times higher than countries such as Germany, France and Australia. It's a whopping 10 times higher than Japan. What is the cause of these violent tendencies?

"Fight it Out" Mentality

All too often in our society, disagreements and arguments end in violence. Instead of talking out our problems like reasonable people, we challenge others to "take it outside" in an attempt to settle the issue with violence. Of course, this doesn't solve anything it simply causes people to get hurt and grows animosity. When you introduce guns and/or alcohol into the mix, such situations can quickly turn deadly.

Turtles and Veterans Not Exempt

After reading a disturbing recent news report out of Florida, it is evident that this violence knows no boundaries. The story involves a disabled Navy veteran named Gary Blough, who encountered a group of young men torturing a turtle near Daytona Beach. They were reportedly picking the animal up and repeatedly slamming it down on its shell. Blough intervened, attempting to help the turtle back in the water. For his troubles, Blough instead became the target of the group's violence. They quickly turned on Blough, punching and kicking him, leaving the disabled veteran with a severely swollen eye and various other bumps and bruises.

How can we turn the tide on such abhorrent violence in our society? Some people insist that hiring more police and law enforcement officers would improve things. That may well decrease the rate of violent crime by deterring criminals, but it's unlikely to solve the underlying problems which cause it. Many peace activists argue that the only road to a peaceful society is through awareness and education. If all someone knows is violence, perhaps they can be shown a better way. 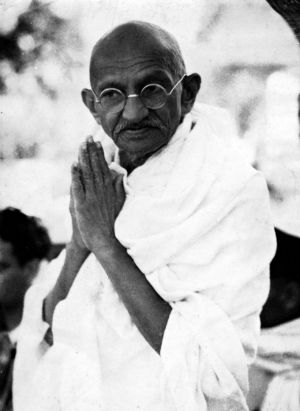 A Season of Nonviolence

In 1998, Arun Manilal Gandhi proposed a "season of nonviolence" in honor to his grandfather Mahatma Gandhi and to Martin Luther King, Jr. This 64-day event commences on January 30, which is the day on which Mahatma Gandhi was assassinated. It runs through the anniversary of King's assassination, on April 4. According to the campaign's website, "spiritually guided citizen leaders in 900 cities in 67 countries have participated" over the years.

Its focus is to educate people and shed media attention on the philosophy of achieving peace through nonviolent action a tactic that storied leaders such as Gandhi and MLK Jr. demonstrated can be tremendously successful in effecting change.

Can We Live Nonviolently?

While nonviolence has typically been implemented as a protest strategy, what if we could use the same philosophy to guide our everyday lives? Plenty of people pledge to live nonviolently, but all too often reality intervenes. How can you remain calm, for example, when someone intentionally rear ends your car? What if you witness your child getting bullied? Could you maintain a cool head?

Life is sometimes frustrating, but it is how we respond to adversity that defines us. Ridding ourselves of violent tendencies involves constantly checking our emotions, even in the heat of the moment. It involves making a commitment to peaceful response; using words not actions to resolve disputes. Living nonviolently is a challenge, but one that is well worth taking on.