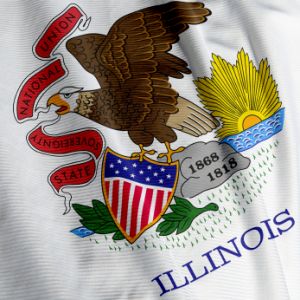 On 1 June, unmarried same-sex couples will be able to register for civil unions in the U.S. state of Illinois. The civil unions will include all rights and responsibilities due to married couples under Illinois state law. However, the new Illinois law will not grant these couples the same rights under federal law, further highlighting the fact that civil unions are not equal to marriage. One ULC minister, Reverend Jay Williams, has welcomed the civil unions as a step in the right direction, pointing out the importance of recognizing all loving couples as equal.

Unlike in some places, the Illinois law will grant civil union licenses to both gay and straight couples. In preparation for implementation of the new wedding and marriage law, Rock Island County deputy clerk explained how it will affect Illinois couples: "It's going to impact the gay and lesbian community most initially but civil unions arguably could benefit the straight community just as much". Brown also emphasized that such unions would be recognized directly by the state, and that religious organizations would remain exempt from recognizing them: "The only thing that makes [the civil unions] different would be the religious nature of the marriage, and we have a pool of people that perform marriages", he said, referring to secular wedding celebrants on hand to solemnize the unions.

The importance of granting same-sex couples secular civil union status was explained by Rev. Williams, who decided to become ordained online in the Universal Life Church four years ago: "From my standpoint it is more a consumer issue in that people that request services should not be discriminated against", he said, adding that "[l]ove really is the issue; loving is good and so I think it's important ultimately for society to reflect on what our deepest held values are". For Rev. Williams and many other ministers in the church, modern marriage should be treated as a loving union between consenting adults, not as an economic partnership, political alliance, or property exchange.

Of course, the notion that civil unions and domestic partnerships are equal to marriage is slightly misleading. Such unions may be equal to marriage at the state level, but they are not equal to marriage at the federal level. As the Quad Cities' KLJB reports, "[a]lthough equivalent to a marriage, civil unions will still have their drawbacks, with limitations from the federal government", while Brown explains that "Civil unions in Illinois will deal with dozens and dozens and hundreds of laws that pertain to Illinois, but federal income tax will not be available and you will not be able to do joint income taxes on federal level". What many people do not realize is that certain benefits provided to married couples, such as joint federal income tax returns, joint social security benefits, and immigration/green card rights come from the federal government. However, the federal government does not recognize same-sex marriage or civil unions. Therefore, married same-sex couples and couples in civil unions do not receive these federal benefits. Meanwhile, married heterosexual couples do. Ultimately, then, civil unions and even state-sanctioned gay marriage are not equal to heterosexual marriage.

Until this changes, same-sex couples in Illinois will have to settle for the rights offered to married couples by their state. Fortunately, such couples can find a wedding officiant legally ordained in the nondenominational Universal Life Church to give them a proper wedding ceremony and get registered with the state to have it legally recognized at least on some level. That is a big improvement on no legal recognition whatsoever. Nevertheless, there is much work to do in changing minds, and, on the positive side, it looks like this is happening as more and more states begin to realize that every loving couple deserves the same rights.