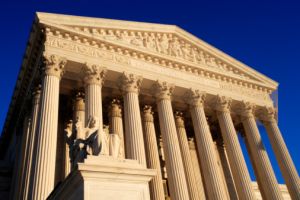 Pretend for a moment you are Jewish lawmaker. How would you feel if your colleagues began a meeting by invoking the name of Jesus Christ? Would you try to ignore it, or would you feel marginalized and invalidated? The United States Supreme Court recently granted local governments more freedom to hold sectarian prayers, arguing they do not necessarily violate the U.S. Constitution, but the decision still deserves serious scrutiny.

Clashing Opinions on the Constitution

In Monday's 5-4 decision, the court ruled in favor of the town of Greece, New York, which, like many small American towns, has been holding Christian prayer meetings for years. The majority-conservative court decided that local governments did violate the Constitution when they used sectarian prayers to coerce, intimidate, or proselytize non-believers. However, the court concluded that the town of Greece was not violating the Constitution because it was not attempting to do this. While the ruling currently applies only to legislative meetings, it might be used to justify things like religious displays on government property.

Opinions on the prayer meetings are sharply divided. They are supported by the court's five conservative justices, all of whom are Catholic men, as well as Democrat Barack Obama and Republican Kentucky Senator Mitch McConnell, who said the court had "reaffirmed the strong constitutional footing of this important American tradition". They are opposed by all four liberal justices, three of whom are Jewish and one of whom is Catholic. All of the court's three female justices were among the dissenters.

But the conservative majority's reasoning is highly questionable. Reflecting Senator McConnell's sentiments, Justice Kennedy cited the 1983 case Marsh v. Chambers, which states that holding prayers before legislative sessions is lawful largely because it is a long-standing and historic tradition. The problem with this reasoning, however, is that it constitutes a logical fallacy called argumentum ad antiquitatem, which states that a thing is right just because it is traditional. But a thing is not right just because it is traditional it is right because it is fair and rational in accordance with the Constitution.

Kennedy also argued that requiring prayers to be nonsectarian would force legislators and judges "to act as supervisors and censors of religious speech". But if that is the case, why did he and his conservative colleagues arbitrarily draw the line at coercion and intimidation? If we should be totally hands-off, why stop there? By their logic, shouldn't proselytizing be protected as free religious expression, too? Shouldn't school prayers and teachers preaching the Bible be protected as free religious expression, too? And shouldn't Muslim prayers, Satanic rituals, or atheist moments of silence be protected for the same reason?

As we can see, the line of reasoning employed by Kennedy and his conservative peers to justify legislative prayer sessions creates a conundrum. But all these men are Christians, too. It is important to remember that, in their own Bible, Jesus himself says, "when thou prayest, enter into thy closet, and when thou hast shut thy door, pray to thy Father which is in secret; and thy Father which seeth in secret shall reward thee openly".