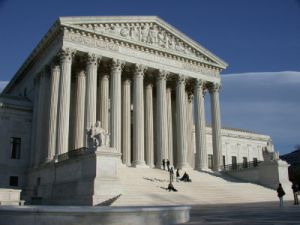 The United States Supreme Court began hearing arguments Tuesday, 26 March, on Proposition 8, the voter-approved California law banning gay marriage. Representing the ban's supporters was Charles J. Cooper, while Ted Olson, who served as solicitor general under George W. Bush, represented the two same-sex couples challenging the ban. Although the trial deals specifically with the law in California, the arguments made in Tuesday's session may help pave the way for future decisions on the issue.

One of these arguments was directed at Olson by conservative justice Antonin Scalia: "When did it become unconstitutional to exclude homosexual couples from marriage? 1791 [when the Bill of Rights was ratified]? 1868, when the 14th Amendment was adopted?" he asked Olson, who responded, "[w]hen did it become unconstitutional to prohibit interracial marriages?" "It's an easy question--at the time that the equal protection clause was adopted. That's absolutely true. But don't give me a question to my question." Olson rejoined that "[t]here's no specific date in time," and "[t]his is an evolutionary cycle." What Olson points out to Scalia is that excluding gay couples from marriage became unconstitutional at the same time as excluding interracial couples from marriage became unconstitutional, and that citing the 14th Amendment's equal protection clause to defend one, but not the other, is an unfair double standard.

The debate did not end with that point, and Olson had to face another conservative justice, Samuel Alito. "You want us to step in and render a decision based on an assessment of the effects of this institution which is newer than cell phones or the Internet," he said to Olson. "On a question like that, of such fundamental importance, why should it not be left for the people, either acting through initiatives and referendums or through their elected public officials?" Yet Justice Ruth Bader Ginsburg came to Olson's defense, pointing out to Alito that one of the rulings being cited in the case was written in 1971, when "same-sex intimate conduct was considered criminal." In that case, Baker v. Nelson, the high court disregarded a same-sex marriage case as being devoid of "substantial federal question." There is also the problem of granting the majority the right to vote on issues which concern only the minority, and not the majority. In a courtroom setting, at least, the majority would be bound to adjudicate the law, not their personal prejudices. 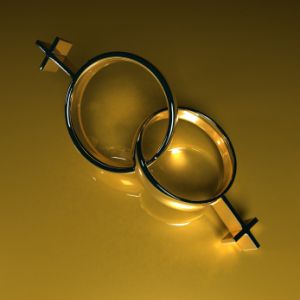 Cooper himself engaged Justices Kagan and Sotomayor in the debate: "Can you think of any other rational basis, reason, for a state using sexual orientation as a factor in denying homosexuals benefits or imposing burdens on them?" Sotomayor asked him. But after Cooper replied that Proposition 8 encourages "responsible procreation," Kagan retorted that "[i]f you are over the age of 55, you don't help us serve the government's interest in regulating procreation through marriage. So why is that different?" She has an excellent point. Sterile couples, post-menopausal women, women who have had hysterectomies, and even couples who choose not to have children are allowed to marry, so why should we deny same-sex couples the same right on the basis of procreation?

A decision on the part of the Supreme Court to repeal Proposition 8 may only affect the state of California, and will not necessarily legalize same-sex marriage in all fifty states, but it will set a precedent on the highest order. It will also likely influence the course of the upcoming trial on the federal Defense of Marriage Act. Much depends on the decisions of Justice Kennedy a traditional swing voter. If Kennedy chooses to side with his liberal colleagues, we might see marriage equality sooner than later for all U.S. citizens.