The Rise of the Themed Wedding 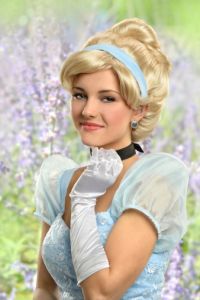 Imagine you are performing a wedding and the bride and groom roll up in a Delorean in a Back to the Future-inspired wedding. Extravagant props like this have become the centerpieces of themed weddings, which have seen a marked rise in popularity in recent years. Themed weddings reflect a blend of fantasy, science-fiction, comic books, et cetera, with cosplay culture (a style of performance art which involves donning costumes inspired by popular entertainment).

From Star Wars to Iron Man

Star Wars weddings have become the prototypical themed wedding, due largely to the film franchise's mammoth influence in popular culture. Chris and Janice Bold of Vancouver chose the science-fiction epic as the theme for their wedding on the May 4th, which has been dubbed "Star Wars Day" with the motto "May the fourth be with you". The groom suited up in a stormtrooper costume, the bride wore a Princess Leia cape and, the wedding officiant donned a Jedi robe. Pictures and statues of Star Wars characters like C3PO, R2D2, and Yoda completed the concept.

Themed weddings are not limited to commercial giants like Star Wars, however. Comic books are a favorite, with Iron Man, X-Men, and Batman dominating the scene. Nor are they limited to the world of space-ships, aliens, and laser guns, with fantasy and role-playing games also among the most popular. Game of Thrones, Dungeons and Dragons, and Harry Potter have all been incorporated into the holy rite of matrimony. Such imaginative, theatrical ceremonies have become so popular that some wedding planners say that up to 20% of their business involves themes.

The Wedding as Theatrical Production

But the wedding ceremony as lavish theatrical production has received mixed responses from the public. On one daytime talk show, one caller said, "[j]ust get married already and stop trying to turn the ceremony into a theatre production", while another said, "weddings are more of a competition, and so much is put into it that sometimes the bride and groom kind of go unnoticed. The best weddings I've been to have been the most simple". Another caller expressed lighthearted approval: "I guess you'll always be able to one-up your friends. 'Where did you get married? A church? Pshh. I got married on the Death Star!' But I guess whatever makes you happy, as long as the ceremony's over quickly and there's an open bar!"

Themed weddings do not suit everyone's taste, and the lavish, theatre-style production can prove expensive and painstaking, but they do show the freedom and originality possible in today's wedding scene. Would you ever officiate a wedding with a theme, and, if so, what would be your theme of choice?