The Epidemic of Holiday Drunk Driving 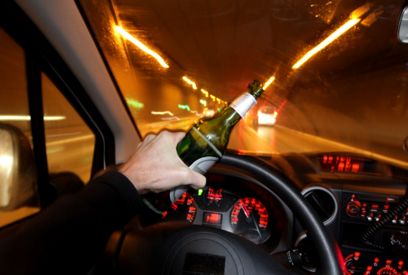 Everyone looks forward to the holiday season. It's a time filled with good cheer, family gatherings, and general merriment. However, all this joy can easily turn to tragedy if drivers are not careful. Studies show that traffic deaths spike every year during the holidays especially those related to drunk driving. To make matters worse, the number of alcohol-related driving fatalities has only gone up in recent years. Statistics show that 4 in 10 highway deaths during the holiday season are a result of drunk or impaired driving.

The officials who track these numbers are appalled by how bad the situation has become. They point to single day counts such News Year's Day 2013, which recorded an astounding 140 deaths from alcohol related crashes alone. The problem is at least getting more attention now; December has been declared "National Impaired Driving Prevention Month". However, it will take more than awareness-raising efforts to curb this disturbing trend.

Empty Seats at the Table

The holidays can be an especially difficult time for families who have lost loved ones in drunk driving accidents. Reminders are sometimes subtle noticing the empty seat at the dinner table, for example. Other times the reminders are more glaring, such as a news report about the latest innocent person to die as a result of drunk driving. Virginia resident Vanessa Haislip knows this feeling intimately. She has never recovered from the devastating death of her daughter, Melissa, who was killed after her car was hit by a drunk driver back in 2014. "You do not heal from something like this," she said. "Now there's this void there that can't be filled. It's an ache that just will not go away."

While the act of driving drunk is widely condemned, its equally dangerous cousin, distracted driving, is too often overlooked. Consuming alcohol limits response time and impairs judgement, but distracted driving takes the eyes of the driver off the road entirely. With the explosion of mobile apps, games, texting, and other distractions, more drivers than ever are struggling to pay attention to where they are going. This is incredibly hazardous especially when driving at high speeds. If a car is going 60 mph, for example, it will travel the length of a football field in a matter of seconds. All it takes is one moment of inattention or distraction to cause a tragedy. The holiday season can prove exceptionally perilous because the weather is usually bad, people are in a rush, and there is lots of activity on the road.

Passengers Need to Speak Up

How many times have you gotten in a car with someone who has been drinking? Have you ever said anything? Passive questions such as, "hey, are you sure you're OK to drive?" do not count. Have you ever really said something? All too often, people are afraid to speak up for fear of being labeled a buzzkill, a worrywart, or a party-pooper. Hindsight, as they say, is 20/20 any passenger who has been in a crash because the driver was drunk will tell you their biggest regret was not speaking up.

This instinct is understandable. No one wants to be the bad guy. If taking a stand was easy, more people would surely do it. Plus, peer pressure usually makes the situation worse. When you're the only other person in the vehicle, you will probably speak up for your own safety. However, when the car is full of people, this responsibility is diffused making it less likely the driver will be confronted. If one person decides not to say something, others generally follow their lead.

We need to recognize this phenomenon and break the cycle of refusing to step up when we see a bad situation. We encourage you to make responsible choices, both for yourself and for others, to ensure the roads are safe this holiday season. Everyone needs to be able to get home safe to their loved ones.

Do you have any experience with the dangers of drunk driving? What would you say to someone who insists that it's not a big deal?