The Death of Florida’s Last Dinosaur 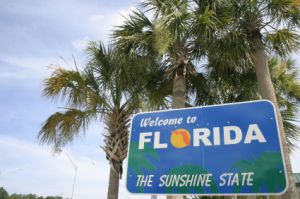 Americans are constantly bragging that the United States is the "land of the free", yet, contrary to this assumption, parts of the country still cling to some truly bizarre and old-fashioned laws. Take for example Florida's statues banning cohabitation and adultery. That is correct: in Florida, it is still illegal for two unmarried people to live together, or for a person to have sex with somebody other than his or her spouse. One state legislator is working to repeal the laws, however, and bring Florida into the twenty-first century. Perhaps it is time for local governments to acknowledge that "there is no place for the state in the bedrooms of the nation", as one famous Canadian prime minister put it more than four decades ago.

The laws in question have been on the books since the 1880s, but Florida legislator Rep. Ritch Workman, R-Melbourne, has undertaken a mission to repeal the backwards vestiges of a bygone era (just like efforts to protect the sacerdotal rights of people who get ordained online). Currently cohabitation of unmarried couples is classified as a second-degree misdemeanor in Florida and carries a penalty of $500 or up to sixty days in jail. Consequently, a Floridian can incur a criminal record simply for choosing to live with a member of the opposite sex without marrying him or her. While the law is rarely enforced, it has been. According to Kathleen Haughney of the Sun Sentinel, in 2006 a Jacksonville woman had her husband arrested for cheating. In an effort to reform the laws and reel the Florida state government out of people's bedrooms, Workman filed a bill last week aimed at repeal. So far other voices in the Florida legislators have remained mum on the topic (which seems to strike at the heart of basic civil rights abuses), although a spokeswoman for the Florida governor has stated that the governor is focussed on other issues at the moment.

Beyond the obvious intrusiveness of such laws, how might they negatively impinge on the lives of the average citizen? If we stop to think about it, there are numerous ways in which the law could be abused through loopholes in the legal language (and this is something for universal life church ministers, with their tendency toward social justice advocacy, to ponder). What if, say, a young man lives with his mother? Shall they be arrested for cohabitation? What about male and female roommates? What if a woman's house burns down and she seeks shelter in her male friend's house until she can find a place of her own? After such a tragedy, should she really be fined and thrown in jail for cohabitating with a member of the opposite sex to whom she is not married? It is unclear that the statutes make exceptions for such cases, but they are certainly conceivable. And, as mentioned above, people have been arrested under these outrageous statutes. 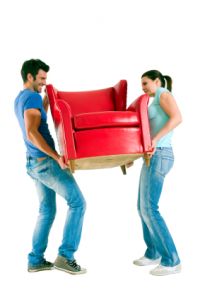 Besides, even if two people of the opposite sex did live together and have sex with one another, so what? As long as they are two consenting adults and they are not hurting anybody else, it is extremely hard to see what interest the government has in criminalizing their living situation.
As is to be expected, right-wing fundamentalist Christian Republicans have actually voiced support for the law. One of these is individuals is State Representative Dennis Baxley, R-Ocala, who previously headed the Florida chapter of the Christian Coalition. In response to Workman's proposed bill to repeal the statutes, Baxley stated, "I'm not ready to give up on monogamy and a cultural statement that marriage still matters". Of course, such drivel is riddled with fallacies and consists solely of appeals to the listener's emotions. First, it is a straw man argument to say that monogamy is being attacked. Monogamy is not being attacked; the ban on cohabitation is. Allowing unmarried couples to cohabitate does not mean the same thing as attacking monogamy, because cohabitation is not the same thing as polygamy. Two people can cohabitate monogamously together. Second, allowing people to cohabitate does not mean that marriage no longer matters. It is perfectly possible to allow people to cohabitate and maintain that marriage still has a purpose. The two are not mutually exclusive. Third, the United States is run as a civil government. It is not the place of politicians to impose their religious beliefs about sexual morality on citizens, because consensual sex acts between adults are a private, personal matter, and do not constitute an impingement on civil, human, or constitutional rights. Indeed, if any right is being violated, it is that of the cohabitating couple.

Truly, if the United States is founded on such principles as individual freedom, privacy, and the pursuit of happiness, such laws have no place in the books either at the federal or state level. Given the growing political and religious polarization between the secular left and religious right in the United States, and the backlash from social conservatives against increased civil liberties, the full realization of this cherished constellation of democratic virtues seems more and more elusive. However, with trailblazers like Workman standing up for reason and spearheading efforts at statutory reform, there is hope that we might be able to lug the last bits and pieces of the United States out of the benighted past and into the present millennium.

What do you, as an ordained wedding officiant in a liberal, nondenominational church, think about Florida's cohabitation ban, especially given its religious motivations? Do you think it should be repealed once and for all? If not, what are your reasons for believing it should stay in place?