The town of Estes Park, Colorado is hosting a four-day conference on 8 September for the Society of the New Message from God, a growing alternative religion which already boasts a global presence. The religion has a number of traits in common with established, mainstream religions, such as "divinely inspired" prophetic teachings and sacred texts, but it also aims to secure justice for oppressed groups like women and the poor, as well as raise awareness about climate change and environmental degradation. Many of our own online ordained ministers will probably agree: while the New Message from God contains some of the trappings of conventional religion, it is refreshing to see it address urgent, relevant modern-day social and environmental issues. 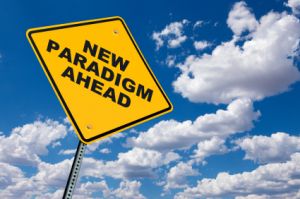 Central to the New Message from God are the "revelations" of leader and "prophet" Marshall Vian Summers, who claims to have received inspirational teachings from God over a twenty-five year period. These teachings have since been compiled into 8,000 pages which form the core sacred text of the burgeoning religion. In addition to this collection of sacred teachings are "five pillars", or doctrines, which define the religion's ecclesiastical canon. Some of these are religion-specific, but others may resonate with individuals who decide to get ordained online to make a difference in others' lives: 1) studying the extensive texts and spiritual practices contained in the New Message from God; 2) advocating for a unified world response to climate change, depletion of the Earth's resources and the oppression of women and the poor; 3) spreading the New Message from God to others; 4) tithing to the Society for the New Message from God; 5) Recognizing that Marshall Vian Summers is God's messenger. Summers will deliver a special sermon on the church's message during the conference.

Immediately we can see a number of doctrines which resemble those of conventional religions, and there is good reason to treat these with caution and suspicion. One such doctrine is to "spread the word" of the new faith, just as the Christian faith tradition calls on its adherents to spread the gospel to non-believers as though it is the one true path to salvation. Naturally we should question whether the Society for the New Message from God holds the only path to divine truth. Another doctrine we might wish to treat with suspicion is the call for adherents to offer tithes to the church. It is always worth questioning how a religious organization spends the money it receives from its members. Does it spend this money on self-promotion, or on helping the poor and needy? The last doctrine we might question, and one which it behooves Universal Life Church ministers to scrutinize, is the claim that Summers is God's messenger. Why should God favor Summers, but nobody else, as a medium for divine instruction? The Universal Life Church Monastery believes all human beings are capable of accessing divine wisdom, and hence that all people are qualified to be ministers. 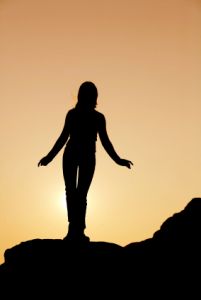 However, some of the Society's teachings align closely with those of the Universal Life Church Monastery and other nondenominational ministries which seek to rectify social injustice. Despite its more conventional proclamations, the Society has expressed a commitment to uniting the global community in response to climate change, environmental degradation, and the oppression of women and the poor. In fact, according to a PR Newswire press release, Summers claims that we live in "an age of women" in which "God wills that woman rise to the roles of religious leadership and that those who have limited the gifts and expression of women end their oppression, otherwise humanity will fail in its evolution and development". Unlike many Abrahamic religions, which routinely show resistance to sex equality, the Society outright proclaims the equal and integral role of women as spiritual leaders, just as do many interfaith wedding officiants in online churches. In addition to its commitment to feminism, the church is devoted to world peace and religious diplomacy. In reference to the concept of Jihad, or "holy war" (commonly associated with Islam but also present historically in Christianity and Judaism), Summers says, "[u]se not religion as a justification for war and retaliation, or you corrupt and dishonor the grace and power that God has given you to receive and to share with others", and that "the true Jihad is the fire of conscience that will purify and cleanse your thoughts and actions." Whereas traditional religions have justified violence and bloodshed as a means of spreading their messages, the Society's teachings seem to treat spiritual warfare as a moral imperative toward one's fellow human being inspired by a sense of profound personal transformation and improvement.

On one hand, the Society for the New Message from God professes some rather orthodox doctrines, and on the other it challenges orthodox religious attitudes toward women and the natural environment, which many mainstream religions fail to do. In a time when fundamentalist Christian dominionists in America are mocking the scientific consensus on evolution and climate change, and when older churches still cling to the dogma of female inferiority, it is a welcome relief to have a new religion rise up and challenge these stubborn, irrational beliefs. At the same time, it is important to remain vigilant over the possibility of indoctrination.

What do you think as a Universal Life Church pastor? Do new religions like the Society for the New Message from God have something positive to contribute to social justice and environmental causes?