The Changing 'Religion' of the U.S. Supreme Court 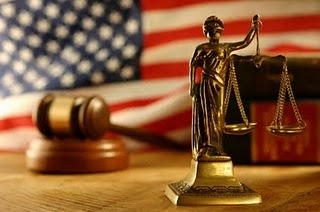 The United States Supreme Court has seen much change since Barack Obama assumed the office of President, not just with the appointment of a Hispanic woman to the bench, but also with the expected appointment of a third Jew, also a woman, Elena Kagan. If Kagan is appointed, the Court will finally have shed its traditionally white, male, Protestant Christian make-up and succeeded in incorporating diverse racial and religious elements. As usual in American politics, however, conservative religious groups have spoken out against Kagan's imminent appointment, brandishing a list of complaints regarding the values and agenda of the solicitor general, and questions about the "affirmative action" approach of the president and Congress remain.

Why the sudden grumbling over a female Jew's nomination for a position in the highest court in the land? This may be a stupid question, given the obvious bias against women and non-Christians in American politics, but, as a former law professor and former Dean of Harvard Law School, Kagan seems to be a brilliant legal scholar. Nevertheless, the executive director of Catholic Families for America, Dr. Kevin Roberts, stated, "By nominating Miss Kagan to the Supreme Court, the president continues to demonstrate a brass-knuckles, Chicago-mobster mentality toward unifying our nation"; criticizing Kagan's support for marriage equality and abortion rights, Roberts also argued, "[n]aming someone who has been so actively hostile to traditional marriage and to the unborn lays bare the president's pro-abortion, anti-family agenda, in spite of what he says to the contrary." Such adamant criticism seems to stem from a conflict in religious beliefs which Obama could have avoided by nominating another Catholic or Protestant for the position, and it is Obama's presumed sympathy for Kagan's own values that has incensed Robert and other conservative Christians.

Typical of religious reactionaries, Roberts's lashing out appears rather irrational and steeped in rhetoric that distorts the logic behind Kagan's position on marriage and abortion, and which paints a skewed portrait of the president. There are myriad questions we might want to ask Roberts. How does Kagan oppose traditional marriage or weddings? She supports marriage equality in addition to traditional marriage, not the dissolution of heterosexual marriage, so there is no reason to believe she opposes traditional marriage. Furthermore, how is Kagan anti-family? She supports a woman's right to choose what to do with her own body, and she supports the right of same-sex couples to form strong and loving family units in addition to heterosexual couples, not in opposition to them, so it is absurd to suggest she is anti-family; if anything, she shows a pro-family attitude by supporting the expansion of potential family units, and Roberts seems to show the anti-family, anti-marriage attitude by excluding same-sex marriages and families. It is odd when beliefs which actually reinforce traditional institutions are seen as deleterious to them simply because the couples involved cannot procreate. But Roberts is a Catholic man, and Kagan, a Jewish woman, and with such a social rift in place, conflict is perhaps inevitable.

But is the President's nomination a sign of reverse racism or "affirmative action"-style cherry-picking, and would the criticism of conservatives like Roberts therefore be merited? Mark Osler, law professor at Baylor University in Texas, argues that there should be "religious diversity on the court, and it should be a factor the next time there's an opening", while Princeton University's Christopher Eisgruber, author of a book on Supreme Court nominations, counters that religious affiliation has nothing to do with carrying out the law. At first it would seem that such an approach pays too close attention to the nominee's religious affiliation while ignoring her skills and qualifications, but, on second thought, such discernment in organizing an "interfaith" court might serve a function in its own right by helping prevent religious bias in the interpretation of constitutional law.

It seems that whenever Obama appoints or nominates a Supreme Court justice who is not white, male Christian, white, male Christians complain about it just because it is different, labeling the new justice as anti-family or anti-marriage even when he or she actually supports these things, or calling them a token used by the President to reach out to and earn the sympathy of minorities. But religious considerations in Supreme Court nominations might have very practical benefits with respect to preserving religious pluralism and representing more broadly the diversity of the people. Perhaps one day it may take years, even decades the appointment of non-Christian, minority women to positions of power will become a mere routine, and the outcry of old school purists, obsolete.