In a surprise decision earlier this week, the Crown Prince of Saudi Arabia announced that he will lift the country's infamous ban on female drivers. Beginning in 2018, women in Saudi Arabia will finally be able to apply for driver's licenses and legally get behind the wheel.

The controversial driving ban the only of its kind in the world has faced criticism from a younger generation of Saudi Muslims who are resistant to the ultraconservative Wahhabi interpretation of Islam that controls nearly everything in the country.

The long-awaited change comes after years of protests dating back to the 1990s, during which countless women were charged steep fines, thrown in jail, or given the "official sentence" of 10 lashes all for the high crime of driving a car.

For Saudi women, the news was almost surreal. Under the oppressive Wahhabi system, women are allowed few freedoms and remain largely subservient to men. Given how deeply embedded these cultural attitudes are, the government's decision took many people off guard. Although activists were pleased with the decision, many insist it should have come far earlier.

"It's been 27 years of demanding and asking, but a whole lifetime of suffering," said Dalal Kaaki, a woman who participated in protests against the ban. "I can't really celebrate because every time I come to celebrate I remember all the years of suffocation. ... Of trying to arrange transportation to work and having to beg people at home to take me to run errands." 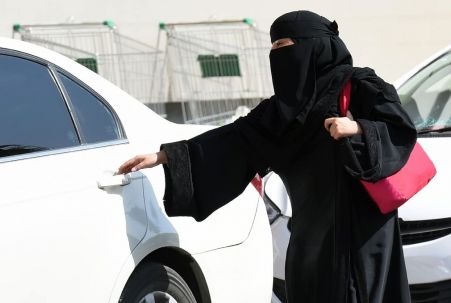 The ultraconservative factions of the country levied heavy criticism toward the move, calling it unthinkable to allow women behind the wheel. In fact, many Saudi men are determined to ignore the new law -- Twitter feeds were alight with a hashtag that translates to "The women of my house won't drive."

Some expressed serious concerns for road safety arguing that putting so many brand-new drivers on the roads will cause accidents to skyrocket. Others echoed the sentiment, but using different reasoning: that female drivers will be major distraction to men, who might pay more attention to women driving in the vicinity than the road in front of them.

Progress Yet to Be Made

Despite this recent victory, the fight for women's rights in Saudi Arabia is far from over. Aziza Youssef, a female professor at a Saudi university and a prominent critic of Wahhabism, had this to say: "This is a good step forward for women's rights, but it's the first step in 1,000 miles to go."

She makes a good point. While in public, women are still required to wear a full-length garment called an abaya in addition to the traditional head scarf. They must seek permission from a male family member before traveling abroad, getting married, or talking to the police (which makes domestic abuse cases nearly impossible to investigate). Saudi women are even prohibited from walking down the street without a male guardian.

The end of the driving ban brings hope that other oppressive policies will begin to fall. However, such changes will require challenging the deep-seated belief in Saudi culture that women are inferior to men. For now, that looks to be an uphill battle.