Rethinking Our Attitudes about Sin 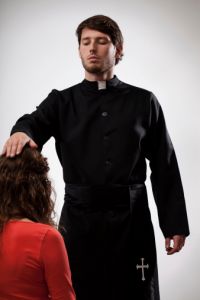 As we move closer to the Carnival and Lent seasons, many Christians are beginning to reflect on the juxtaposition of Carnival's sinful pleasures, and the self-restraint and reflection of Lent. With this in mind, it behooves us to re-consider what we think about sin. In a recent blog, Micah J. Murray confronts what he sees as unreasonable attitudes about sin, providing many helpful points for ministers ordained online, yet he leaves his beliefs about what actually constitutes sin shrouded in mystery.

The Obsession with Sex

In his critique of conservative attitudes about sin, Murray immediately confronts the puritanical fixation on sex which pervades American society. When Christians rail against sin, he argues, they exhibit an inordinate preoccupation with "homosexuality, premarital sex, pornography/indecency, and sexual health/contraception". He adds that too much church teaching is concerned with controlling one's sexuality, and too much public activity concerned with controlling others' sexuality. Rather, he suggests, we should view sin from the perspective of shalom, or peace and prosperity for others.

This fixation on sex is reflected in attempts to avoid enabling sinners. Quite simply, Murray shows, this is unrealistic, and not preferable, though it is sometimes difficult to find an ordained minister that hasn't fallen into this trap. "If every Christian followed the example of Hobby Lobby, Christian hotel owners would refuse rooms to any couple that wasn't married", he writes, and "Christian restaurant owners would turn away the overfed. Christian investors would refuse to do business with anyone whose desire for gain was motivated by greed". Living by the principles of shalom, he explains, does not mean forcing everyone else to live by our Biblical standards.

When we do confront sin, we tend to see it in others and seldom, if ever, in ourselves. We especially like to point out sin in members of a different group, or in people who have nothing to offer us. Citing Fred Clark, Murray points out that Hobby Lobby has no compunction selling products manufactured in China, where women undergo forced abortions and contraception, but they will battle American women's reproductive freedoms all the way to the Supreme Court. For them, sin only matters when it does not affect profits.

Murray makes several great points: conservative attitudes about sin focus disproportionately on sexual activity and refusing to enable "sinners" while ignoring sin when it profits us. One thing he does not touch on, however, is what counts as sin? It remains uncertain whether, when all is said and done, he still believes homosexuality and women's reproductive rights constitute an ungodly assault on the principles of shalom.