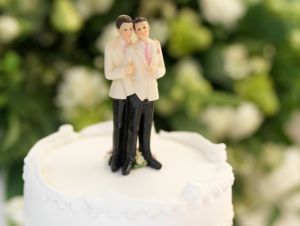 In the month leading up to the day Washington state's new same sex marriage law will go into effect, Dec. 6, many same sex couples who reside there have questions about the logistics of getting married. The answers to these questions range from simple to highly complicated; as any Universal Life Church minister can tell you, marriage laws can cause headaches.

The most frequently asked questions about the logistics of gay marriage are listed below.

Please note: while these questions and answers are tailored to the residents of Washington state, many are equally applicable to other states in the U.S. that have legalized same sex marriage. These states include Connecticut, Iowa, Maine, Maryland, Massachusetts, New Hampshire, New York, and Vermont.

Q: My spouse and I were married in another state that recognizes same sex marriages. Can we get married again in Washington?

A: It's ambiguous. Washington marriage laws unfortunately do not specify whether couples who are already married elsewhere can get married again here. Washington recognizes gay marriages from other states so it is ultimately not necessary to get married again. There's nothing stopping you from having a second wedding ceremony, however.

Q: My partner and I are interested in getting married but I was previously legally married to someone else in another state that also recognizes gay marriages. Can I get married again in Washington?

A: No. Washington's marriage laws prevent anyone - gay and straight people alike - from getting married if they are already married to, or have a pre existing domestic partnership with, another person. You will need to divorce your spouse or dissolve your partnership in order to get married in Washington.

Q: My partner and I have a domestic partnership from Washington state and are now interested in getting married. How can we accomplish that?

A: All existing domestic partnerships issued to gay couples will convert to marriages on June 30, 2014. You are thus able to wait until that date to have the state change your marital status for you or can get married as heterosexual couples do in the meantime. If you do not want to get married to your partner, you will need to dissolve your domestic partnership before the state makes your marriage official for you; this dissolution is a process akin to filing for a divorce.

Q: What happens if my partner and I do not dissolve our domestic partnership before June 30, 2014?

A: Washington will dissolve your domestic partnership on that date and thereafter consider you and your partner to be a married couple.

Q: My partner and I have a civil union from another state. Do we need to do anything to be recognized as a married couple now that we live in Washington?

A: Yes. Washington recognizes the domestic partnerships and civil unions of other states, but you will still need to convert your partnership or union to a formal marriage by June 30, 2014 in Washington state by going through the conventional marriage process.

A: No. Your state will not recognize the same sex marriages of states like Washington, even though they are legal there, nor offer you any kind of marital benefits.

Q: My partner is not a U.S. citizen and is here on a work/student visa. Can they get permanent legal status in the U.S. if we get married?

A: No. Thanks to the Defense of Marriage Act (DOMA), the U.S. federal government doesn't recognize same sex marriages and thus won't grant permanent legal status to non citizens who enter into one.