Priest’s Final Wish: Don’t Give My Killer the Death Penalty 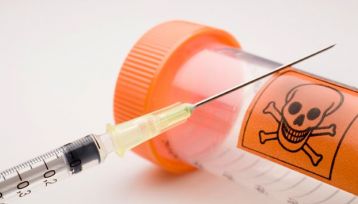 Historically, the death penalty has enjoyed widespread support from religious groups. In modern times, however, stances have shifted. A longtime supporter of capital punishment, the Catholic Church has since changed its position on the issue. In 1995, Pope John Paul II conveyed his opposition to the death penalty:

"A sign of hope is the increasing recognition that the dignity of human life must never be taken away, even in the case of someone who has done great evil. Modern society has the means of protecting itself, without definitively denying criminals the chance to reform. I renew the appeal I made most recently at Christmas for a consensus to end the death penalty, which is both cruel and unnecessary."

Expressing such a sentiment is easy. Living out that commitment is much more difficult. Enter Reverend Rene Robert, a Catholic priest from St. Augustine, Florida.

Rev. Robert was a man who continually gave back to the community. He would loan his car to someone and volunteer to walk home himself. He ran errands for people. He also reached out to drug addicts and criminals, working to get them clean. Through his experiences, Rev. Robert realized it was possible he could become the victim a violent crime. In April of 2016, this unfortunate possibility became tragic reality. Robert was kidnapped and killed by Steven Murray, a repeat offender he had been trying to help. 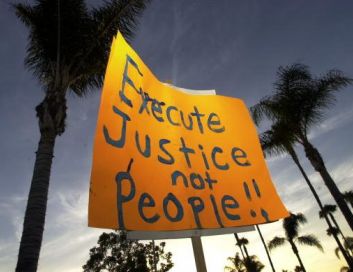 An Act of Forgiveness

Murray has since been indicted on murder charges and may be facing the death penalty. Whether he will be given the ultimate punishment, however, could depend on the final wishes of the man he killed. Years before his murder, Rev. Robert penned a "Declaration of Life" document, which outlined various requests in the event of his death. It reads, in part:

"I hereby declare that should I die as a result of a violent crime, I request that the person or persons found guilty of homicide for my killing not be subject to or put in jeopardy of the death penalty under any circumstances, no matter how heinous their crime, or how much I have suffered During my life, I want to feel confident that under no circumstances whatsoever will my death result in the capital punishment of another human being."

The Bishop from Robert's diocese gathered more than 7,000 signatures on a petition asking the court to honor the wishes of Robert. However, the prosecutor has not yet indicated whether Murray will face the death penalty or not.

Although some denominations of Christianity support the death penalty in certain cases, opinions vary across the board and disagreement abounds. In Judaism, views are clearer: most Jews do not support capital punishment. Once a person is executed, there is no chance for redemption or change. Similarly, Buddhists believe that all forms of killing are wrong and therefore oppose the death penalty even for the most heinous of crimes.

While religious opinions are understandably diverse, there are plenty of people who support the death penalty wholeheartedly. They insist that in the most monstrous of cases, it is only right that the perpetrator is removed from society entirely. Another school of thought says that the death penalty can act as a deterrent against future crime. The late Louis Pojman, a philosophy professor and staunch defender of the death penalty, argued that because people fear death more than anything else, capital punishment is "a far more superior deterrent than lifetime imprisonment."

If a criminal is put in prison, the reasoning goes, they can use influence and resources to make prison life tolerable and perhaps even gain freedom one day. If a crime is punished with death, however, then potential criminals might think twice about committing it in the first place.

What Would You Do?

Reverend Robert's condemnation of the death penalty and the refusal to ask for vengeance for his own death is quite remarkable. It's easy to support such an idea in theory, but how many of us could carry it out in practice? What does your faith say about the death penalty?