The Philippines is one of the most religious countries in the world, with the vast majority of Filipinos identifying as Catholic. But as a nation, it also suffers from intense poverty. With more than 26 million people living below the poverty line, community education and food welfare programs are vital resources. These programs are typically run by churches or religious charity organizations, providing relief for many struggling communities. In the process, Christianity becomes even more deeply rooted throughout the country.

In recent years, however, atheist aid groups have begun to mount a challenge to Christian dominance.

Atheists Seek to Help And Convert

One such group is the Human Alliance Philippines, International (or HAPI for short), who is seeking to spread humanist and secular ideals to the larger Filipino culture. According to their website, HAPI's aim is to "demystify the old tale that morality is absent without God's presence" and to show other Filipinos "that we do not need a God to be good people." However, it's not their vision or mission that has thrust the group into the spotlight. Rather, it's the strategies they've been using to achieve success.

Jahziel Tayco Ferrer is a volunteer at HAPI and helps run several food programs in addition to a "weekend school" that provides free education to impoverished youths. Ferrer falls into the category shared by just 0.1% of the country's population: she is an atheist. While she of course wants to help the poor of the Philippines, she also believes that religion is holding people back. Her goal is to spread the atheist message along with the aid given to struggling communities.

"The country has a lot of potential people just need to change their minds. You can't rely on a deity to get yourself out of poverty, you have to do it yourself."

Over 80% of people in the Philippines identify as Catholic. With so much influence from Catholicism, Filipino culture tends to abide by the Church's views on morality. A study by the Pew Research center indicates that two-thirds (67%) of the population believe that getting a divorce is morally unacceptable. An overwhelming 93% of Filipinos believe that having an abortion is immoral. 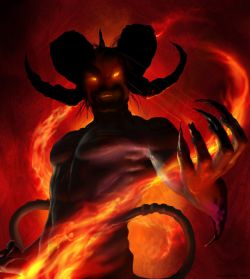 Since the Church is so deeply ingrained in the culture of the Philippines, it's not surprising to learn that religious groups have been less than friendly toward HAPI and other atheist "missionaries".

This conflict stems partly from a worldview held by many Filipinos. They see religion not only as a solution to one problem, but all worldly problems. With the high levels of crime, corruption and poverty that plague the country, many prominent leaders have accused atheist groups like HAPI of threatening society's moral compass, thus risking further degradation.

One person understands this tendency better than most: Marissa Torres Langseth, considered to be among the founding members of the atheist movement in the Philippines. She was the target of extensive abuse when she first began advocating for atheism. Langseth remembers being called "whore" and "Bride of Satan" in online messages. "That's how Filipinos think," she explains. "They view atheists as Satanists: somebody who believes in demons and evil, who has no moral values and who doesn't have any meaning in life."

Langseth is certainly not the only activist to take heat for her beliefs. Faced with strong ideological opposition, atheists are employing tactics borrowed from Christian missionaries. For example, Langseth's organization puts an emphasis on engaging with children: "Somebody told me to get them while they are young. That's what pastors do, right? The benefit is exponential growth."

Faith and the Future

With groups like HAPI stealing moves out of the Christian missionary playbook, the country's relatively small atheist movement hopes to pick up steam in the coming years. However, a vast majority of Filipinos remain opposed to living in a Godless society.

As their society continues to suffer from crushing poverty, poor healthcare, and few opportunities for education, religion remains a vital aspect of people's lives. Asked to explain, one devout Filipino put it succinctly:

"It's very important because we are very poor, so that's the only thing we cling on to, the hope," he said. "Every time we suffer, we all say, 'That's okay because it's the will of God.'"