Do you feel like America is a safe place? Not the sort of safe space a college student might ask for where his ideas are never challenged, but a country where you can feel free to live your life without a legitimate fear of being physically harmed.

This election cycle we are seeing a lot of talk of fear from the candidates and it seems to be resonating with the electorate. Sanders wants you to fear rich people, Trump says you should be afraid of Mexican rapists and Muslims. Clinton thinks you should be afraid of not voting for her. They are tapping into this need we seem to have for a bogeyman.

Not everything about fear is completely awful; a common enemy can bring together a group of people that otherwise might not get along. We have to make sure, however, that we aren't just creating monsters. We should remember to look at the facts instead of just fearing whatever politicians tell us to.

A close look at 3 of the nation's current "bogeyman" groups shows the fear of them is blown way out of proportion, and if you are afraid of being harmed, you should be even more scared of other groups that are less talked about.

Are you afraid that transgender people in bathrooms will sexually prey upon children? If so, based on the statistics of who actually does that, you should be much more scared of kids being around youth pastors.

Certain states are clamoring for laws forcing transgender people to use the bathroom that corresponds with their assigned birth gender rather than their current identity. Those championing these measures say it is to protect children from being sexually preyed upon.

When asked for evidence of this, we are always shown a news story from 2013 where a man dressed up as a woman, entered a California women's rest room, and began filming. There very well could be more instances that just didn't make the news (even though this is the sort of stories that local news stations dream about to get viewers so this is less likely).

Compare this to youth pastors. The SLOG (the online edition of the newspaper the Stranger) has brought back their Youth Pastor Watch feature. Started years ago, it chronicles news stories of youth pastors molesting, raping, and sexually assaulting minors.

To fear trans people being around kids, you have to focus on a small handful of stories across the span of several years. You get more reports of youth pastors preying on children every 10 days. It's difficult to get exact numbers of just youth pastors committing this crime (other pastors also commit sexual crimes with a similar frequency), and the Catholic Church isn't exactly known for transparency on this issue. However, given that Youth Pastor Watch has an average increase of 3 new predators per week, we can estimate that the annual count is somewhere around 156. 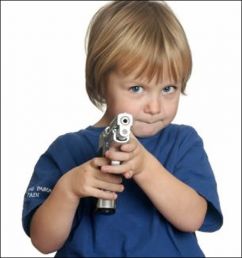 Are you afraid you might be killed by an Islamic terrorist? Then you should be terrified you might get shot by a toddler. According to snopes.com, in 2015, 21 toddlers shot and killed themselves or others. That same year, 19 Americans died at the hands of potential or suspected Islamic terrorists.

These numbers take into account the mass shootings in San Bernardino by a Muslim man.

Presumptive Republican Presidential nominee Donald Trump has said that he would place a temporary ban on any Muslims entering the country if he is elected. We haven't heard any ideas on how he would handle what is a statistically larger threat to safety in 2016: the gun-toting 3-and-under crowd.

You may counter that the number of people killed by Islamic terrorists on a global level dwarfs the number of people shot and killed by toddlers. This may be true, but ask yourself: if we cannot stop toddlers from gaining access to deadly weapons, what chance do we have of stopping terrorists? We are so irresponsibly gun happy in this country, that kids who can't even read or write have shot and killed people. Maybe we should take a look at our gun laws before encouraging needless Islamic paranoia. 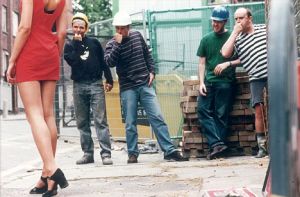 Are you afraid of being raped by Mexican immigrants? Then you should gird your loins around white American men. According to the National Crime Victimization Survey, white males accounted for 71% of all sexual assaults documented. This is above their percentage of the total population, which is 63%. Latinos are guilty of 9%, which is far lower than their percentage of the total population, 17%.

Keep in mind that these numbers are for all Latinos from any country. This means that the number of Mexican immigrants committing these crimes is only a fraction of that 9%. Should we be hysterically afraid of all white men, or should we calm down about Mexican immigrants?

In each of these scenarios, we are happy to ignore the real culprits of child sexual predation, violence, and rape in order to point fingers at groups that make easy targets.

If you want to remain fearful of Muslims, Mexicans, and transgender people, then so be it. But you cannot demonize these groups without justifying why you're doing nothing to actually help kids, women, and yourself remain safe. If you're truly fearful, you'd be better off stripping rights from churches and pastors, locking down toddlers, and remaining in fight-or flight-mode around white American men. But should we allow fear to dictate our actions?

A more reasonable response would be to recognize that our basic instincts are easily exploited by others. We love to point fingers in this country, and we have a tendency to cherry-pick with our distrust. Maybe the people we should fear most are those who promote fear and anger often in the hopes of manipulating the country for their own ends.