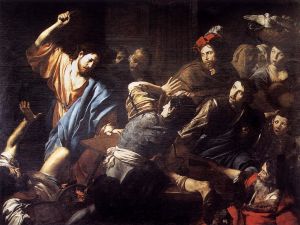 Iranian-American writer and religious scholar Reza Aslan is causing quite a stir with his new book Zealot: the Life and Times of Jesus of Nazareth. In it, he argues that Jesus was not the gentle spiritual savior most Christians imagine, but a salt-of-the-earth political activist. Although ministers and scholars have criticized this new portrait of Christ, it forces us as Universal Life Church ministers to re-think our basic assumptions about the central figure of the world's largest religion.

Aslan's book is not the first to re-envision Christ, but it does suggest he was not the "nice Jesus" familiar to most of us. For Aslan, who is Muslim, the real power of Jesus lies less in his celestial role as the divine incarnate and more in his role as a solid, flesh-and-blood human being. Rather than a peace-loving, passively congenial spiritual teacher, he was an ardent proponent of political revolution. However, argues Aslan, the real Jesus has been lost, distorted, or covered up over 2,000 years of history.

Ordained ministers and scholars of religion alike have critiqued 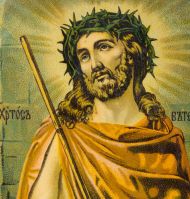 Aslan's reasoning. The Rev. John Ortberg, pastor of Menlo Park Presbyterian Church in California, has said that "it is difficult to argue that Jesus saw himself as a political zealot messiah", while Boston University religion scholar Stephen Prothero has argued that there is just too little historical evidence to write an informed biography about Jesus. But Aslan maintains that "Jesus's words and his teaching have been stripped of their context and transformed into abstract ethical principles that all people can abide by" as a way to make him more marketable.

Critics like Prothero have also argued that Aslan's Muslim faith may have coloured his research into the life of Christ. But we might ask ourselves, why should this disqualify him from writing about Jesus? One could argue that being Christian makes one biased with regard to the topic, while being Muslim makes one more detached and objective. There is evidence, for example, that atheists know more about religion than religious people themselves, so the notion is not necessarily so farfetched.

Whatever the real Jesus looked like, Aslan's book will make Christians re-examine the story they were told in Sunday school. Only time will tell if historians and archaeologists uncover the truth.