The Morality of a Pipeline

By now, you've probably heard about the Standing Rock Sioux Tribe in North Dakota. They have been protesting the construction of the Dakota Access oil pipeline, which is planned to run from the Bakken oil fields in Canada through the Dakotas and into Illinois. So why the protest? In addition to environmental concerns, the pipeline apparently infringes upon land that the tribe holds sacred. To make matters worse, the pipeline was originally supposed to cross the Missouri River near the major town of Bismarck. However, after concerns about a potential oil spill contaminating the water there, the crossing was moved downriver and now sits adjacent to the Standing Rock Reservation.

The tribe has been joined by representatives from many other native tribes as well as environmental activists. Their protests began peacefully, but tensions boiled over when it was discovered that construction workers had performed unauthorized digging causing damage to important tribal burial and cultural sites. The company in charge of the project, Energy Transfer Partners (ETP), called in private security officers to restrain the protestors. The two groups clashed, and the story quickly made national headlines after security officers attacked the protestors with pepper spray and guard dogs.

The Standing Rock tribe has also been fighting the pipeline in court, although seemingly to no avail. Most thought construction would continue unabated. Then, in a stunning turn of events last week, the U.S. Justice Department put a temporary halt on the project. By intervening, the federal government has taken the protestors' side in this controversial battle. They are urging ETP to reroute the pipeline away from native land. However, the issue is far from resolved. Protestors continue to get arrested daily, and it's yet to be seen if the company will agree to reroute the pipeline.

Despite the tribe's concerns, there are many people in favor of the pipeline who argue that its construction is for the greater good. While renewable energy sources are growing, they point out, we are still highly reliant on fossil fuels. They insist the new source of oil will be good for the economy as a whole. And as things stand today, transporting oil by pipeline is still safer much than shipping it by truck. Finally, according to supporters, enough has already been done to address the tribe's concerns the Army Corps of Engineers held 389 meetings about the project prior to construction, and the pipeline has already been rerouted numerous times to circumvent important cultural sites.

While it's true the pipeline has already been rerouted, the coalition group protesting the project presents a good case. First, they say, we need to ditch fossil fuels and soon if we hope to save the climate from destruction. On a local level, although the pipeline does not technically run on tribal land, it's close enough to seriously contaminate the water should an accident occur. The construction is also happening on land that the Standing Rock Sioux once owned before the federal government took it from them back in the 1800s. Given this troublesome history, Tribe Chairman David Archambault was pleasantly surprised to see the government intervene, if only temporarily. After a stressful couple of weeks, he encouraged protesters to remain peaceful:

"Any act of violence hurts our cause and is not welcome here We invite all supporters to join us in prayer that, ultimately, the right decision the moral decision is made to protect our people, our sacred places, our land and our resources."

As the situation in North Dakota continues to develop, it's unclear what the final outcome will be. For now, we are left with the powerful images of activists standing in front of giant bulldozers and being attacked by dogs.

The contrast is strong: a historic Native American cultural site with a massive oil pipeline running through it. Native American belief systems revolve around living in harmony with the planet and the environment. Clearly, extracting and transporting fossil fuels to be burned at their expense is antithetical to this notion. 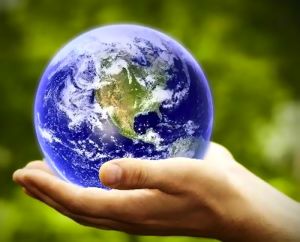 This whole ordeal raises some deep and spiritual questions: what is our purpose here on Earth? Are we here to advance the human race, or to be caretakers of this planet? That is to say - is Earth beholden to us, or are we beholden to Earth?

The Standing Rock Sioux, along with many others, believe that we are caretakers. That we are responsible for the health of the planet and all the living things which call it home. By repeatedly bowing to economic interests at the expense of the environment, we may be creating a bleak future for those to come. Lower gas prices are temporary, but environmental damage is often permanent. We'd like to hear your thoughts. Which side are you on? Should we stay the course, or change our ways?