Living by the Bible for a Year 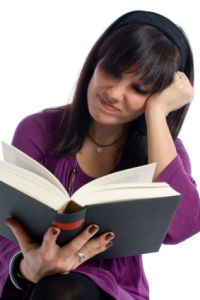 How would you like to live an entire year following the Bible's instructions on female conduct? Rachel Held Evans of Dayton, Tennessee, did exactly that, then wrote a book about her experience. Although she has faced criticism by the evangelical community for mocking religious faith, the purpose of her project, she says, was merely to start a dialogue on expectations of womanhood in a patriarchal society. Many who become a minister in the ULC will understand her efforts, having come from the same background.

Evans, who considers herself a feminist Christian, started her project in 2011, inspired by a similar experiment carried out in 2006 by author A.J. Jacobs and chronicled in his memoir The Year of Living Biblically: One Man's Humble Quest to Follow the Bible as Literally as Possible. Evans, however, decided it would be an interesting twist to emphasize Biblical norms of womanly virtue. The result was the publication of her book A Year of Biblical Womanhood: How a Liberated Woman Found Herself Sitting on Her Roof, Covering Her Head, and Calling Her Husband "Master"_._ The 31 year-old wanted to hold evangelicals accountable for casually throwing around the term "Biblical womanhood" without giving a clear definition of what they were talking about.

Some of Evans's newly self-imposed duties had a surprisingly lighthearted character. At one point she even traveled to the town boundary, where she held up a sign proclaiming "Dan Is Awesome". The gesture was a nod to Proverbs 31:23, which states that "[h]er husband is known in the gates, when he sitteth among the elders of the land." Evans says both she and her husband enjoyed the playful spectacle and saw the humor in following the Bible literally, as surely many ministers ordained online would. 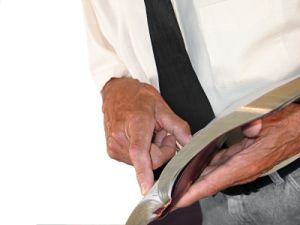 Despite the playfulness of such scenes, her experience had an unmistakable theme of wifely submissiveness. She recounts that every time she felt herself being contentious, she would force herself to sit on the corner of her roof, recalling the Proverbs 21:9 adage that "It is better to dwell in a corner of the housetop, than with a brawling woman in a wide house." Granted, most ordained pastors in the evangelical community might not go this far, but Evans's point is they should if they are to take the Bible literally.

Even more unsettling than the rooftop seclusion was the burden placed on Evans during her menstrual cycle. Judeo-Christian ULC ministers are familiar with the Old Testament's proscriptions against having contact with a menstruating woman. According to Leviticus 15:19, " [i]f a woman have an issue, and her issue in her flesh be blood, she shall be put apart seven days: and whosoever toucheth her shall be unclean until the even." As a consequence, for five days during her menstrual cycle and seven days thereafter, she separated herself from her family and slept each night in a tent outside her house, a routine she described as "very isolating".

Evans's experiment is a unique way to critique Biblical literalism. Despite the strong criticism

she has faced, she explains that her intent was to challenge the idea that the Bible is "an easy read," and that we should be more careful how we interpret scripture. Rather than condemn the book, she explains, she "was just trying to start a conversation". Perhaps you come from an evangelical Christian background but pursued online ordination as a spiritual alternative. What do you think about Evans's style of Biblical commentary?