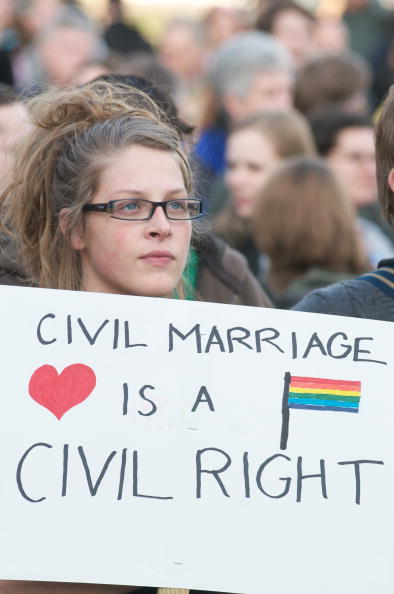 A judge in Iowa has decided to stop performing marriages in reaction to the recent supreme court same-sex marriage ruling. On April 3rd, the Iowa State Supreme Court upheld the ruling of a lower court, allowing same-sex couples to legally wed.

Discrimination laws in Iowa bar judges from refusing to perform only same-sex marriages. That means Third District Magistrate Francis Honrath of Larchwood will have to abstain from performing any marriages.

Iowa law allows judges and other public officials to opt out of performing all marriages but forbids them from refraining only from same-sex nuptials...
Lucky for Iowans -- and all Americans -- the Universal Life Church offers free, online ordination so prospective ministers can marry their friends.
(Guardian)

Go forth ministers, it is your right!