In God We Trust? The Quest to Get God Off Our Money 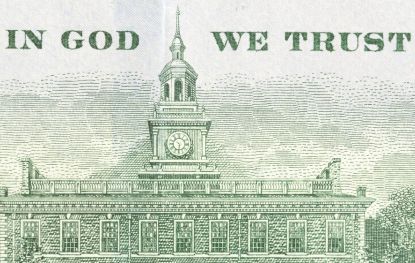 "In God We Trust" has been inscribed on American currency since the late 1950's when Congress passed a resolution adding it. It has appeared on all subsequent designs of both paper money and coins in the country (except for gold coins minted in 1907). However, an atheist group is suing in an attempt to have the practice stopped in the name of the separation of Church and State.

California attorney Michael Newdow is taking up the case. His relevant experience includes trying twice to restore the original Pledge of Allegiance, ridding it of the words "under God" that were tacked on 62 years after it was written.

Newdow's lawsuit represents 41 different plaintiffs from Ohio who do not believe in the God, or more specifically, the Christian God invoked on the currency. One plaintiff described that she feels "she is forced against her will to accept and re-distribute to others a message that goes wholly against her beliefs. Yet it is neither realistic nor reasonable for her to abandon the nation's currency and use other forms of payment for all of her transactions." 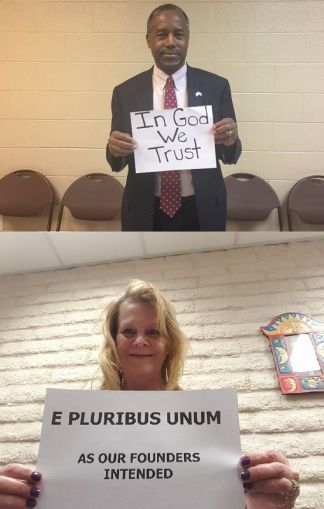 A founding principle of the United States is religious freedom. We as a society value the ability to hold and express our beliefs without infringement. This is a two-way street; others cannot tell us how or what to worship and we cannot force others to adhere to our beliefs.

The very reason Congress passed a resolution to add "In God We Trust" to money was actually in response to the concerns of vocal individuals. Most notably, a letter written to the Secretary of State by Rev. M. R. Watkinson detailed that the minister was worried future generations would look at the coins of the time and conclude that the United States was a secular nation, which it is. He proposed acknowledging only Christianity on the national currency to address this, despite the plethora of belief systems practiced by Americans.

It's true: nobody is forced to believe in the Christian God just because they are handling American money. That thought is simply ridiculous. They are however participating in a system based around tokens designed for the explicit purpose of declaring that the US is a Christian nation. Not only is this idea offensive to many people, but it's blatantly false.

Presidential hopeful Dr. Ben Carson recently weighed in on the lawsuit, holding up the phrase as the motto for the nation on Twitter. This received a large response with many agreeing with the sentiment of his message. Others, however, responded with pictures of the original motto of "E Pluribus Unum". The motto was changed at the same time God was shoe-horned onto currency and into the Pledge of Allegiance.

Christianity is easily the dominant religion in the States, though that is not the same as it being an official religion.

If this case in anything like the previous attempts by this attorney, it would seem that this lawsuit is not going to be successful. There are too many people who like having the phrasing on our money, and many argue it is a part of our history. Even though it wasn't on the original United States currency, it has been on our money for a long time. Most people don't like change.

But more importantly, the idea that the US is a Christian nation is false. Since there is no official religion in the country and given the separation of Church and State, it really has no legal defense for being on the currency. Whether or not people want it on the money, if it violates our founding principles or goes against the First Amendment, it cannot be there.

No matter what, it will be interesting to see how this case goes. If the case is dismissed, is Newdow will likely continue his crusade to remove "God" across the country.

What do you think? Does "God" belong on our money?