How ULC Ministers Can Fight Violence Against Women 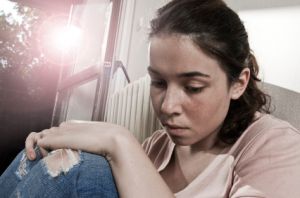 If you knew somebody who suffered a violent crime because of her sex, how would you take action? This is the question that a group of women's-rights advocates from Central America were trying to answer when they visited the Seattle Police Department on Thursday, 26 July, to explore potential solutions to this problem. The issues they addressed during their visit will hopefully help ordained ministers in the Universal Life Church identify key areas for improving the situations of abused women in our communities.

While violence against women is rising in many countries, Central America has seen a particularly sharp spike in such crime. According to the Seattle International Foundation, which is sponsoring the group along with the U.S. State Department, the number of women murdered in the region has risen dramatically over the past ten years. Michele Frix, the foundation's program officer, describes them as "crimes that are directed at women because of their gender." Ministers who get ordained in the United States have reason for concern, too. Lt. Deborah King of the SPD reports that domestic violence cases have soared in the past year-and-a-half, locally and nationwide.

Part of the reason for Central America's high rate of violence against women is the economic recession. Bad economies make women more economically dependent on abusive husbands. "Women don't have any other options because they depend on their husbands [for money]," says Juana Gricelda Lorenzo Ventura, a social worker from Guatemala and one of the visiting delegates. How can ordained ministers in the Universal Life Church make a difference? One way is to support or petition for government programs and initiatives which help poor women obtain a higher education or start their own businesses, thus opening the doors to career paths which make them financially independent. Simply providing guidance and church resources can help. 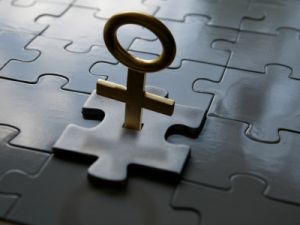 But the reason for the spike in violence against women also has a social dimension. Juana Gricelda Lorenzo Ventura, a social worker from Guatemala and one of the visiting delegates, says that "[v]iolence is increasing because of the machismo culture," noting that "[m]any times, men still have the idea that they have to have power over women." This mindset pervades American culture, too, as many who get ordained online will agree. In a recent blog post, journalist Caryl Rivers critiques the current obsession over reviving an antiquated, aggressive masculinity, arguing that such a conception of manhood is dangerous and harmful for women and men alike. In fact, much of this trend is rooted in junk science, as Rivers and her colleague Rosalind Barnett trenchantly argue in their book Same Difference. If people who get ordained in the Universal Life Church want to help victims of domestic violence, they can start by challenging their own pseudoscientific assumptions about sex differences.

As the Central American delegation in Seattle has demonstrated, the rise in violence against women has multiple deep-rooted, widespread causes. When the economy falters, women who lack financial security rely on abusive husbands and boyfriends, while stubborn, deeply entrenched attitudes about sex differences perpetuate the harmful myth that men should dominate women. As ordained ministers, it is our duty to serve the underprivileged and persecuted in our community, including victims of violent crime. This means not only guiding and advising with care and wisdom, but also looking inside ourselves and reassessing our own beliefs.