Freedom or Protection: A Discussion on Gun Control 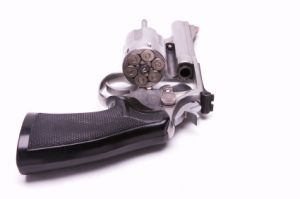 This past week saw a terrible tragedy in Colorado. Our hearts go out to those touched by this horrific and senseless event, and we pray for a sound recovery both physically, and psychologically. There are those that don't want to talk about it. They think that contextualizing it is for selfish gain and disrespectful to the victims. The hard reality is that this, like any event, is already contextualized and discussion can not only be for non-selfish reasons, but can in some instances honor the dead by not letting them go in vain. We believe now is an apt time to discuss gun control.

You may question what this situation and the relevant laws and ideas behind it have to do with religion in general, let alone an online church like the ULC. But gun laws impact life just the same as abortion, the death penalty, and euthanasia. How a society respects life and death is very much an ethical and a spiritual issue. Religion, even an online church, concerns itself with quality of life, moral judgment, justice, and death all of which are central to the aforementioned topics, including gun control.

The events of Colorado beg the question, in that they likely could have happened under any regime of gun control, loose or strict. The weapons and ammunition were obtained legally by a man with no previous record of violence. There isn't a swath of laws we could have implemented that also wouldn't place undue burden on the hunter, or the father of three who wants to protect his family, or the woman who has to walk home alone from work at night through a tough neighborhood. We can't demand an impossible quality of character for would-be gun owners to the extent that only the saints could enjoy the second amendment. This is particularly true when we consider that any new laws would come after looser restrictions governed that allowed very unsavory characters to bear arms. 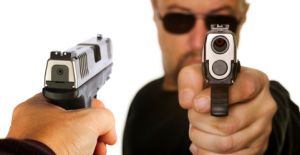 What can and should be controlled, however, is what exactly is available for prospective gun owners. The Universal Life Church respects your right to bear arms, but the second amendment doesn't guarantee any particular type of weapons be available, just that some are. It takes a stretch of reasoning to argue that the Constitution provides that any individual has a fundamental right to tear gas or automatic and semi-automatic rifles. Making weapons like these near impossible to obtain doesn't infringe upon the father protecting his family or woman ensuring her safety.

We must also consider the duty of businesses where large numbers of people gather to provide some extent of security. Many government institutions like schools and court houses have metal detectors. Would you elect to suspend your right to privacy to pass through a secured entrance for places you shop and visit, and how much protection can that offer considering the shooter in Colorado entered through an emergency exit?

Many religions decry violence as a response to violence. Since you chose to get ordained to be a pastor with the Universal Life Church, you may hold such a view yourself. While this is a perfectly valid moral conviction, as Americans, we must respect the law of the land, and the Constitution provides for our right to bear arms. Given that fact, what are your thoughts on gun control, and do you think to be a pastor is to hold a stricter outlook on the matter? Does the choice to get ordained fundamentally influence your political outlook? We welcome this discussion, as ministers of the Universal Life Church have a variety of opinions but share the prevailing belief that all views and life are to be respected.